Horan is rumoured to be about to sign a solo record deal with Sony, who also own Cowell's Syco imprint.

Niall Horan has been the quietest of the One Direction boys since the band announced its hiatus at the end of 2015, but a new interview with the band’s mentor Simon Cowell suggests that he might be preparing a solo career in the very near future.

People magazine spoke to the Syco music mogul on Wednesday (July 27th), and in it he praised the “loyalty” of the remaining 1D members by name – except Liam Payne, strangely – and intimated that it would soon be Horan’s turn to launch a solo career. Reports also indicate that it will be Sony (part of the same group as Syco) with whom the 22 year old singer will be inking a deal. 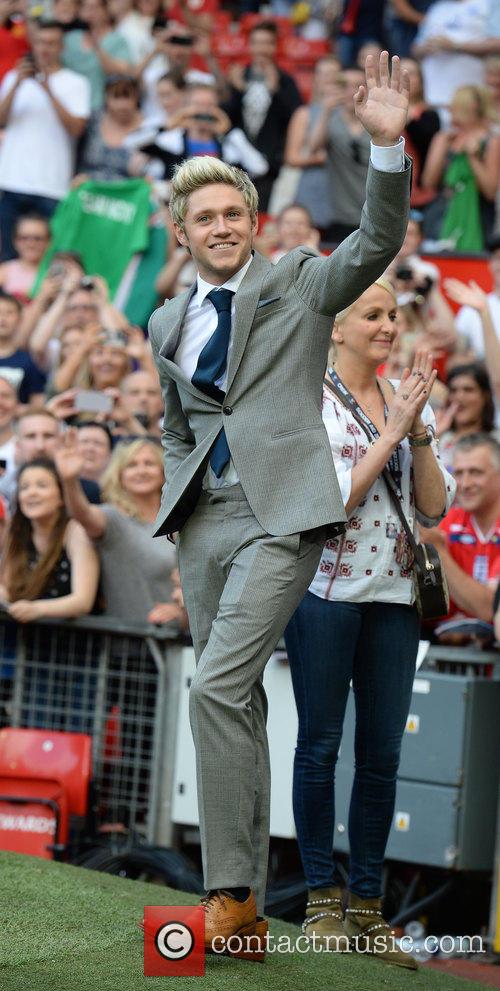 Niall Horan at the SoccerAid charity match in June 2016

“I think they're all gonna do great,” he said when asked about their respective projects. “Niall is the most loyal. We are expecting to announce something soon with him. I've always known he's loyal.”

“I worked with these guys for six years, so I always hoped they would all stay within what I call the Sony family, but I think only one won't,” he continued.

This was a reference to Liam Payne, who recently signed a deal for solo material with the Universal Music group, meaning he’s the only Directioner not to stay with the Sony group. Even Zayn Malik, who memorably quit the band 16 months ago, penned his deal with RCA, who are under the Sony umbrella.

About the hiatus itself, which broke the hearts of millions of 1D fans around the world last year, Cowell added that he “always knew” the group’s members, including Harry Styles and Louis Tomlinson, would try to go their own way eventually, but hoped “that everyone would do it with us, but one flew out of the nest.”

He acknowledged that, although the band were young, their schedule ever since being discovered in 2010 had been strenuous. “Even though they were young, that was a grueling schedule, and after a while I could see they were exhausted. Having a year off is going to be a healthy thing.”

More: Simon Cowell forgets about Liam Payne when praising the “loyalty” of One Direction members