One Direction have revealed the name of their new album 'Four', which is available to pre-order from today and will be released on November 17 this year. 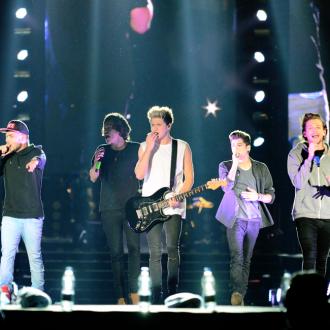 One Direction will release their new album in November.

The five-piece boy band - made up of Niall Horan, Harry Styles, Louis Tomlinson, Liam Payne and Zayn Malik - have announced that their latest offering, entitled 'Four', is available to pre-order from today and will be released on November 17 this year.

The record follows on from their UK best-selling album 'Midnight Memories' and features the new tack 'Fireproof' - written by Louis and Liam with John Ryan, Jamie Scott and Julian Bunetta - which can be downloaded from the band's site for free today (08.09.14) for a limited period of 24 hours.

The 'Kiss You' hitmakers - who shot to fame on 'The X Factor' in 2010 - are hoping to emulate the success of 'Midnight Memories' which broke US Billboard chart records to make them the first band in history to debut at the top of the chart with their first three albums.

Following the release of the record, the boys were named the IFPI's Global Artist of 2013 for becoming the biggest selling act in the world.

Meanwhile, One Direction - who are currently in the middle of their 'Where We Are' world tour - will next perform at the Pasadena Rose Bowl in California on September 12.