Niall Horan has insisted his body isn't good enough for naked selfies but fans disagree and took to Twitter to share their support for him. 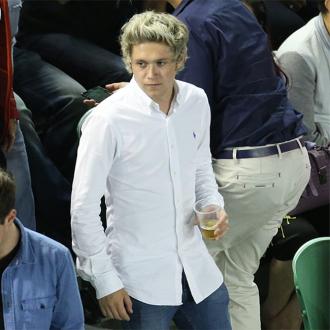 Niall Horan insists he doesn't have the body for naked selfies.

The One Direction singer says fans shouldn't expect to see him posting shirtless snaps on social media because he doesn't think his physique is good enough.

He told Radio 1 DJ Scott Mills: ''Oh no that is cringe and I definitely don't have the body for nude selfies anyways.''

Protective fans were quick to react and reassure Niall that they love his body.

Using the hashtags 'NiallYourBodyIsWonderful' and 'NiallYouHaveAPerfectBody' they posted pictures of him shirtless and in tight T-shirts.

Supportive messages included 'You'll never love yourself half as much as I love you', 'God Bless You', and 'He has the perfect body. Look at his perfect body'.

Niall also joked that he will age the best out of all his bandmates - including Harry Styles, Louis Tomlinson and Liam Payne - because he looks so young now.

The 21-year-old singer said: ''I reckon I'll look the youngest for a long time, I look 12 now. I'll be trying to hold onto my youth at 45 with highlights in my hair.''

Niall also revealed that he still sometimes gets turned away from nightclubs, despite his fame, but he likes it as it keeps him grounded.

Asked if he ever gets turned away, he said: ''Yeah of course, at a nightclub doors or bar doors. I don't mind, it's nice it's humbling.''