Niall Horan Is Planning To Go Backpacking Around Australia And Thailand When One Direction Take A Break Next Year (16). 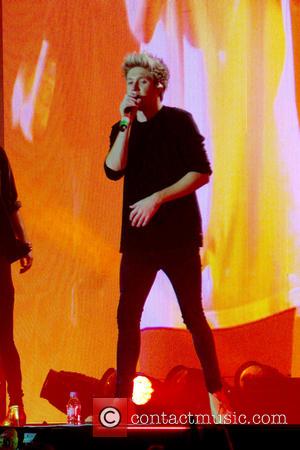 The pop star has travelled the world with the boyband, but they rarely get to explore cities on their tour due to fan attention, so Niall wants to revisit certain countries to discover them properly when the group goes on hiatus.

He plans to return to Australia and Thailand with friends from his Irish hometown and shun luxurious hotels in favour of low-budget hostels.

"I've spent the past few years of my life in planes and on tour buses, and I've been through countries I've really loved but haven't had a chance to really see," he tells Britain's Fabulous magazine.

"I want to go back to Australia and definitely Thailand. With the band, we stayed in luxury hotels, but I want to see these countries like any lad at my age, just staying in hostels and that sort of thing. I don't want to stay at a (hotel chain) Four Seasons. I've done that, I want something else.

"I did think about dying my hair brown so I won't get recognised but I genuinely believe that if I'm on my own with my mates from home, no one will give me a second look."

Niall, the only member of the fourpiece without a collection of tattoos, is also considering getting a permanent reminder of his bandmates during the break.

"I'm definitely doing something about that because when we're apart I know I'm going to miss them," he adds. "All of the lads have got this weird tattoo of a Phillips screwdriver on their ankle. I'd like to say it means something deep, but it's just a tattoo everyone likes. I'm going to brand myself with that one, and it will remind me of the lads, so they'll be with me wherever I go."

When asked on their plans for the hiatus, Louis Tomlinson said he is "going to get a big fat belly" because he is "naturally very lazy", while Liam Payne wants to relax and "let everything sink in" and Harry Styles will split this time between the U.S. and the U.K.