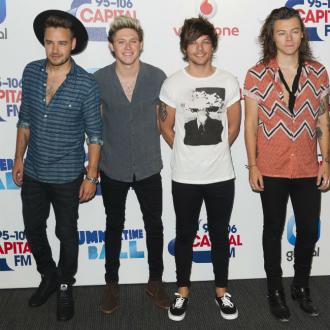 The 'Night Changes' hitmaker has insisted him and bandmates Louis Tomlinson, Liam Payne and Harry Styles would never get a slot to perform at the British festival, although he enjoyed attending the event over the weekend.

He told the Daily Mirror newspaper: ''We're not cool enough to play at Glastonbury. It's so cool, we had loads of fun.

''We were there for a day but we had to leave at 1am because we had a gig, but we're going back next year for sure. It's great that we get to come back home after every concert on the European tour.

''We have time to be in London a bit. But we're off to America now to start the tour there. It's exciting.''

The 21-year-old singer may not think the band are suave enough to headline the rock event but it's not an opinion shared amongst some of rock's biggest legends.

Alice Cooper previously admitted he though One Direction were ''pretty good''.

He said: ''You listen to their records and they actually make stuff that's pretty good - not just the same old.

''I met Harry through Johnny. They're friends. Johnny's house in LA is where everyone congregates. We hung out there.''