One Direction's Niall Horan enjoyed a night out with former Westlife star Brian McFadden in London on Saturday (08.03.14) after watching the UFC at the O2 arena. 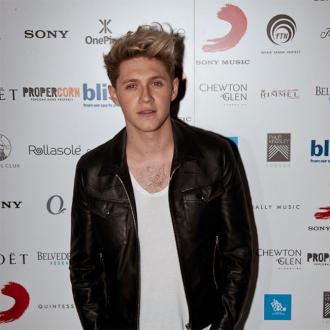 Niall Horan enjoyed a night out with Brian McFadden in London on Saturday (08.03.14).

The 20-year-old One Direction star and the 33-year-old former Westlife singer decided to head out for a night on the town after watching the Ultimate Fighting Championship at the O2 Arena on Saturday evening (08.03.14), and were spotted partying at east London's Shoreditch House.

A source said: ''The boys were in high spirits and joking and laughing together about which one was the biggest lightweight.

''Brian then suggested they order tequila and before we knew it, they were both downing the shots. They were getting on so well. After a few more tequilas, Niall got on the decks and showed off his DJ skills.''

The 'Story of My Life' hitmaker's bandmates - Harry Styles, Zayn Malik, Louis Tomlinson and Liam Payne - were absent from the night out, but Niall, who was put together with the boys on the 'X Factor', appeared to enjoy catching up with his fellow Irishman.

The source told the Daily Star newspaper: ''Niall and Brian must have racked up a hefty bill as they weren't holding back with ordering the drinks.

''In fact they must have been pretty tipsy by the end of the night, as they almost forgot to settle their bar tab. They were mortified when they realised, but the bar staff found it funny.''