Newton Faulkner will release his new album 'Interference (Of Light)' this August and embark on a socially-distanced tour in May and a full run later this year.

Newton Faulkner has announced the release of his first album in four years, 'Interference (Of Light)'.The 'Dream Catch Me' hitmaker will drop the lead single, 'Together', in June, ahead of the full LP on August 20.The follow-up to 2017's 'Hit the Ground Running' was recorded throughout the COVID-19 lockdown in East London and saw the 36-year-old singer-songwriter experiment with a heavier sound than his fans are used to. He said: “I’m not very precious anymore.“The music is a bit chunkier, it’s definitely way heavier and much less acoustic than previously. I feel like the stuff I’ve written recently is simpler, but it’s tasteful… it works as songs. I can feel it.”The musician has described his new material as "grizzly, soulful, and a step further", while he explained how he has nurtured his vocals. Newton continued: “I want to boil things down to their strongest form. It’s about the songs. However good you are at playing, if the voice isn’t up to scratch and the songs aren’t good enough, no one is going to listen to them. It’s grizzly, soulful, and a step further.“Vocally, I’ve learned a huge amount over the years. I was a guitarist and a writer who sang. That’s kind of where I came from. And now I feel like my voice has caught up with the stuff I was doing on guitar.”Despite the sonic differences, Newton quipped that he is still the same "weird, solitary figure".He added: “I don’t think things get better or worse. They just change. “I’ve kind of purposefully steered away from any of the cliques that have appeared around me. I’ve just remained this weird, solitary figure. I love it!”As well as the new album, Newton will embark on a socially-distanced tour in May, before heading out on a proper run later on in the year.For the full rescheduled tour dates and tickets head to www.newtonfaulkner.com 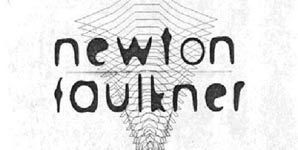