Zac Hanson's wife has given birth to the couple's third child, a son they have named George Abraham Walker. 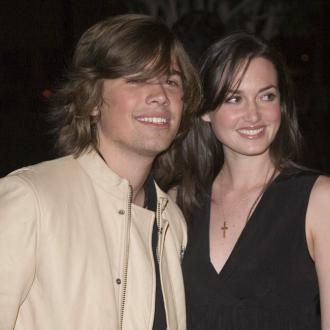 Zac Hanson has welcomed his third child into the world.

The Hanson drummer's wife Kate gave birth to a baby boy named George Abraham Walker on October 17, he has confirmed.

Zac told People: ''We are very excited to share the addition of George Abraham Walker Hanson to our growing family. Abraham is healthy and we are happily sharing a little down time together as a family.''

The 28-year-old star - who found fame with his brothers Isaac and Taylor in the 1990s following smash hit song 'MMMBop' - noted that the tot will go by his middle name, Abraham, and weighed 8 lb, 7 oz at birth.

Earlier this year, Zac gushed that his wife's latest pregnancy was made all the more enjoyable as his eldest children couldn't wait to meet their new brother.

He said: ''It's fun this time to watch the little ones so excitedly anticipating their new sibling.''

The latest addition brings Hanson's collective number of children to 10.