You Me At Six land second number one album: 'Put some respect on the name!'

You Me At Six has told their haters to “put some respect on the name” after their new album ‘SUCKAPUNCH’ debuted at number one on the Official Albums Chart. 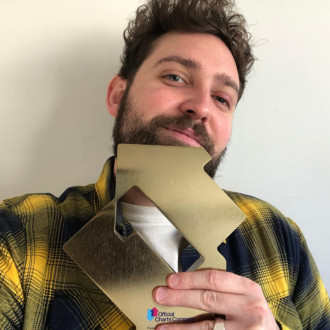 You Me At Six has told their haters to “put some respect on the name” after their new album ‘SUCKAPUNCH’ debuted at number one on the Official Albums Chart.

The ‘Bite My Tongue’ hitmakers scored their second number one album on Friday (22.01.21) when their seventh studio album – which was released last week – debuted at the top spot, marking their first chart-topping record since 2014’s ‘Cavalier Youth’.

And after thanking their fans for the impressive feat, frontman Josh Franceschi also reached out to anyone who doubted the group over the years.

In an OfficialCharts.com video reaction clip, Josh said: “Thank you to our fans, you guys are incredible. Without you we wouldn’t be here after 15 years.

“Maybe most importantly, thank you to everyone who has caused us pain or wrote us off or said we were done. This is for you. We made this record for you, to remind you to put some respect on the name.”

‘SUCKAPUNCH’ also landed at number one on the Official Record Store Chart, after 85 percent of the album’s week one sales were physical copies, and half of those were purchased from independent record stores.

You Me At Six – who now have six top 10 albums to their name – beat Eminem to the top spot this week, as his 2019 chart-topper, ‘Music to be Murdered By’, placed at number three following the CD release of its B-side collection.

Elsewhere in the top five, Sleaford Mods scored their first ever top five album with ‘Spare Ribs’ debuting at number four, whilst US boyband Why Don’t We landed in fifth with their record, ‘The Good Times and The Bad Times’.

Meanwhile, in the Official Single’s Chart, 17-year-old Olivia Rodrigo has held the top spot for a second week running with her single ‘Drivers License’, whilst Anne-Marie’s collaboration with KSI and Digital Farm, ‘Don’t Play’, has debuted at number two.

Ariana Grande’s single ‘34+35’ has shot up eight places to number three after having narrowly missed out on a top 10 spot last week, and Little Mix’s ‘Sweet Melody’ has slipped down two places to fourth.

Rounding out the top five is Australian rapper The Kid Laroi with his single ‘Without You’.