Years & Years have released a cover of Pet Shop Boys classic 'It's a Sin' to mark the release of frontman Olly Alexander's TV miniseries of the same name. 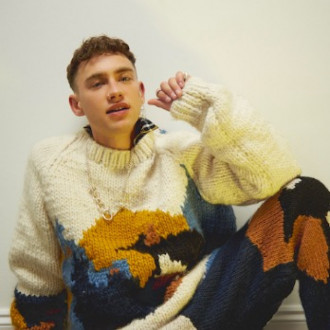 Years & Years have returned with a cover of Pet Shop Boys' classic 'It's a Sin'.

To coincide with the release of frontman Olly Alexander's new TV miniseries of the same name, the pop group have released their own take on the synth-pop duo's 1987 hit.

The 30-year-old singer-and-actor plays the role of Ritchie Tozer in Russell T Davies show, which is set in the 80s and follows five teenagers who have their lives turned upside down by the AIDS crisis.

He said: “I’ve always loved the iconic Pet Shop Boys and this song’s expression of the gay experience. My character Ritchie loves this song too so I’m really excited to put out our own version. I made this mostly from home just me and my piano so it feels pretty raw and exposed, it’s a really beautiful song to sing.”

The release of the cover comes after Olly revealed Years & Years are working on a new album of dancefloor fillers.

The 'Desire' trio - completed by Mikey Goldsworthy and Emre Turkmen - shelved an entire record when the COVID-19 pandemic hit because they wanted their follow-up to 2018's 'Palo Santo' to be more uplifting.

He said this week: “The pandemic happened and I went back to square one and just wanted to make a lot of upbeat, euphoric dance tunes.

That’s what I’ve been focused on the majority of 2020 doing. Definitely the show had an impact on that. Although I don’t think it’s going to sound ’80s, I’m trying to channel that energy and dancefloor transcendence.”