Florida has been deemed an ''essential business'' and so will continue to film amid the coronavirus pandemic. 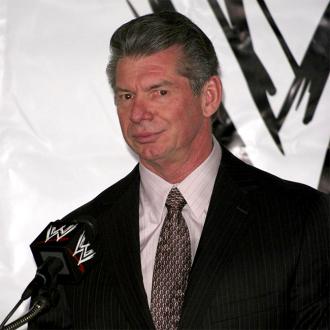 WWE has been deemed an ''essential business'' and the company will be allowed to continue recording its television programming during the coronavirus pandemic.

The state of Florida is currently under a ''stay at home'' order to try and stop the spread of the deadly respiratory illness, but Orange County Major Jerry Demings has granted World Wrestling Entertainment permission to continue filming at its Orlando Performance Centre.

Speaking at a press conference, he said: ''I think initially there was a review that was done and they were not initially deemed an essential business.

Demings wouldn't reveal any specific details after a WWE employee recently tested positive for COVID-19, but he insisted the sports entertainment company would be ensuring the safety of its ''family''.

He added: ''You know, that's like a little family, a small family of professional athletes that wrestle. And if one of my family members tested positive in my house, that would be concerning to me.

''We would have to make provisions in my house to make sure that the rest of us not get infected.''

It's said that the classification of an ''essential business'' in Florida includes ''a professional sports and media production'', subject to certain requirements.

A memo issued by state coordinating officer Jared Moskowitz reads: ''Employees at a professional sports and media production with a national audience - including any athletes, entertainers, production team, executive team, media team and any others necessary to facilitate including services supporting such production - only if the location is closed to the general public.''

WWE is continuing to produce shows live each week - 'Raw', 'SmackDown' and 'NXT' - from the Performance Centre.

The company - whose majority owner is Vince Mcmahon -said in a statement: ''We are producing content on a closed set with only essential personnel in attendance following appropriate guidelines while taking additional precautions to ensure the health and wellness of our performers and staff.

''As a brand that has been woven into the fabric of society, WWE and its Superstars bring families together and deliver a sense of hope, determination and perseverance.''