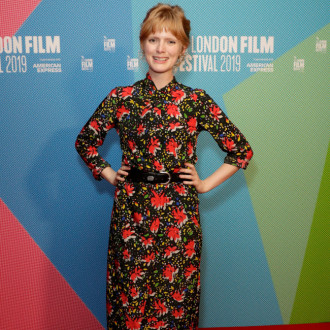 The 30-year-old filmmaker has been praised for horror flick 'Saint Maud' – which marks her feature-length directorial debut – but suggests that idea of female directors helming horror films isn't that "unusual".

Rose explained: "The idea of a woman directing a horror film can't be that (unusual).

"Yes, there haven't been many horror films directed by women but there's a lot of films and genres that haven't across the board.

"I feel like some people want to make some sort of clever-sounding link between the female experience and the intrinsic horror within. It seems more likely that horror has always been a genre that first-time directors are kind of attracted to. They're easier to get made."

Rose's film tells the story of Catholic nurse Maud (Morfydd Clark) who fears she is becoming possessed when she becomes fixated on the patient in her care, embittered former dancer Amanda (Jennifer Ehle). It was initially inspired by 'Misery' but Glass began delving into the character.

She said: "There was a draft of the film, where the whole thing took place in the house pretty much and Maud was tying Amanda to the bed and torturing her, but very quickly she became this kind of mindless villain and not very convincing. It veered away from that when I started to go a bit deeper into the character."

She told The I newspaper: "I'm starting to care less and less to be honest. I get why people want to put things in a particular bracket, so they know exactly what they're going to see.

"Writing and directing it, I approached it just very much from seeing it as a fun, messed-up character study. It definitely veers into horror, I've been told by those who find it scary. But it's definitely not packed with jump scares."