Wizkid has been added to the line-up for Wireless 2022. 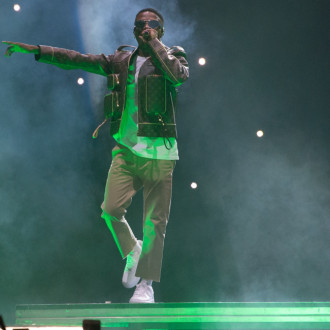 Wizkid has been added to the line-up for Gopuff delivers Wireless Festival 2022.

The Nigerian afrobeats superstar will play Birmingham NEC on July 8, for what marks the 'Love My Baby' star's first performance at Wireless since 2017.

Chris Brown - who made a surprise appearance at Wizkid’s concert at The O2 in London in November 2021 - is set to play Wireless for the first time in 12 years.

The 'Loyal' hitmaker will play Crystal Palace Park on July 1 and Birmingham’s Outdoor at the NEC on July 9.

The festival's organisers announced on social media last month: “You asked? We deliver…ALWAYS.

“For the first time in 12 years… @chrisbrownofficial will return to the UK to shut down Crystal Palace and Birmingham.”

This year, Wireless is being held at three venues.

Crystal Palace will host the hottest stars in rap and hip-hop and more between July 1 and July 3, the festival will then move to Finsbury Park and Birmingham between July 8 to 10 July.

Tickets are available via wirelessfestival.co.uk.