As the 2018 FIFA World Cup nears conclusion in Russia, football fans everywhere are going to be spending the summer either crying or cheering. Thus, we've put together the perfect playlist no matter whether you win or lose, because music is everything when it comes to victory. Or failure. 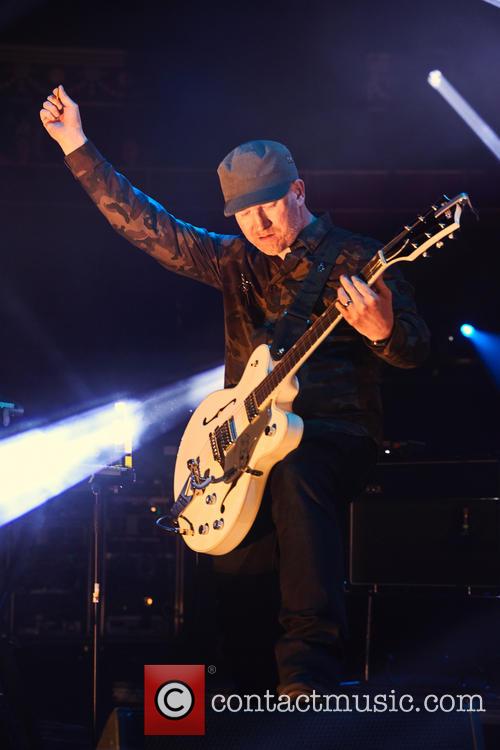 It's probably the happiest song of the last ten years and nothing really says 'winning' more than clapping your hands and singing that you're 'happy'. Recorded for the 'Despicable Me 2' soundtrack in 2013, it went on to win the Grammy Awards for Best Music Video and Best Pop Solo Performance.

Yeah, it's about a relationship breakdown but this classic 1996 hit has turned into an anthem for positivity in times of grief. It was performed by the French Republican Guard last year for the Manchester bombing victims during the France versus England football match, and was probably what England were singing afterwards for a very different reason.

Notable Lyric: 'My soul slides away, but don't look back in anger I heard you say'

Just because football fans look at their teams like they look at their lovers, and there is no better song out there about being 'The Best'. It was actually originally sung by Bonnie Tyler in 1988, but found tremendous success when Tina Turner covered it the following year. It's since been used during numerous sporting events.

Notable Lyric: 'You're simply the best, better than all the rest/ Better than anyone, anyone I ever met'

No-one does melancholy like Lana Del Rey, and this 2013 tune perfectly captures that oxymoronic feeling of losing a game while enjoying a beer garden pint. Released from her 'Born To Die' album, the song became a sleeper hit, and still one of her best tracks.

This 1987 classic was released as the theme for the rom-com 'Mannequin' and went on to be nominated for an Academy Award for Best Original Song. It's only notable use in football history, surprisingly, has been as the adopted anthem for Coventry City FC. Go figure.

Notable Lyric: 'And we can build this dream together/ Standing strong forever/ Nothing's gonna stop us now'

Could this be the most unambiguous Stones chorus ever performed? It's the first track from their 'Steel Wheels' album though it was never released as a single, and while the lyrical subject matter can be interpretated any way you like, there's no getting away from the fact that it's a sad, sad, sad song. Perfect for losers.

WIN: We Are The Champions - Queen

This is without a question of a doubt the most cliched song about winning that has ever hit the airwaves. It was the official theme song for the 1994 FIFA World Cup and is still chanted in stadiums everywhere. 'We Will Rock You' was the b-side to this; another excellent song for winners.

Notable Lyric: 'We are the champions, my friends/ And we'll keep on fighting 'til the end'

LOSE: Stop Me If You've Heard This One Before - The Smiths

Or, indeed, anything by The Smiths. It's obviously about a dying relationship but, if you study the lyrics, it really could be about anything - including falling out of love with your football team. It was first released on their 1987 album 'Strangeways, Here We Come', and contained such dark lyrics that it was banned by the BBC from daytime radio.

WIN: Celebration - Kool And The Gang

Another hackneyed tune covered by Kylie Minogue in the 90s, this one is literally on every sporting victory playlist there has ever been. It's also chanting regularly from the stands, and is now probably more associated with sports than Kool and the Gang.

LOSE: What Hurts The Most - Rascal Flatts

There's a reason this break-up ballad has been covered so many times; Rascal Flatts having released it in 2006, three years after the original. It just epitomises heartbreak. And not all heartbreaks have to be between two people in a relationship, as all football fans know all too well.

Notable Lyric: 'What hurts the most/ Was being so close/ And having so much to say/ And watching you walk away'

Amazingly, not the most trite song about winning in music history, which is weird because if you Google 'winning Santana football' you get Pro Patria winger Mario Santana. You'd think it would be more popular on the pitch. It's a cover of the 1976 Russ Ballard song and it's Santana's ninth most successful tune.

It's considered one of the saddest songs in the world, but let's not forget that it's loaded with positivity. It basically talks about how you're never alone no matter how bad things are getting. But it's also about how miserable everyone else is. Apart from the fans of the winning team.

Notable Lyric: 'Don't let yourself go/ Cause everybody cries/ And everybody hurts sometimes'

This was written for England's 1990 FIFA World Cup campaign and features vocals from John Barnes and other members of the England football team. In fact, it was originally going to be called 'E for England' but the Football Association thought that was a drugs reference.

Notable Lyric: 'Express yourself/ Create the space/ You know you can win/ Don't give up the chase'

LOSE: The Winner Takes It All - Abba

Released in 1975 and often voted as the best Abba song of all time, this one might be about divorce but it can just as well be about football. There are certainly enough similarities between the two concepts.

Notable Lyric: 'I don't wanna talk/ About things we've gone through/ Though it's hurting me/ Now it's history'