Willa Fitzgerald will star in Wash Me In The River

Willa Fitzgerald has joined the cast of Randall Emmett's action thriller 'Wash Me In The River'. 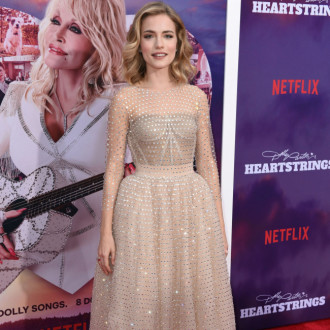 Willa Fitzgerald has joined the cast of 'Wash Me In The River'.

The motion picture centres on a recovering opiod addict who seeks revenge on the dealers responsible for selling the drugs that resulted in his fiance's death. Adam Taylor Barker has penned the script with filming taking place in Georgie and Puerto Rico.

Ella will play the role of Ruby Red, who is described as a radiant young woman with a troubled past who finally gets clean and hopes of starting a new life with her fiance (Huston). Her recovery comes under threat when she meets a bitter drug dealer who wants to destroy everything she's worked towards.

Randall has produced a number of movies, including 'The Irishman', before turning to directing, and expressed his delight at working with the all-star cast.

The 49-year-old filmmaker said: "I couldn't be more excited to work with Bob again after many collaborations, including 'The Irishman' as a producer. I'm so grateful that he is supporting me as a filmmaker now.

"Colson was always my first choice to play the lead in the movie and John has been an icon of mine since childhood. Having them both attached with Bob is a dream come true."

Emmett will also produce the movie alongside regular partner George Furla for their Emmett/Furla Films banner. Alex Eckert, Nicholas D'Angelo and Lydia Hull are all serving as executive producers.

Randall is also in the process of filming his directorial debut 'Midnight in the Switchgrass', which stars Megan Fox and Bruce Willis.