Will Brooklyn Beckham Be Rapping On The Vamps' New Album?

According to the band, 17-year-old Brooklyn can “spit bars.”

Brooklyn Beckham might be making a surprise appearance on The Vamps' new album, showing off his rapping skills. The 17-year-old, who is already a model and photograph, has previously worked with the band, appearing in their video for ‘Wake Up’ last year. 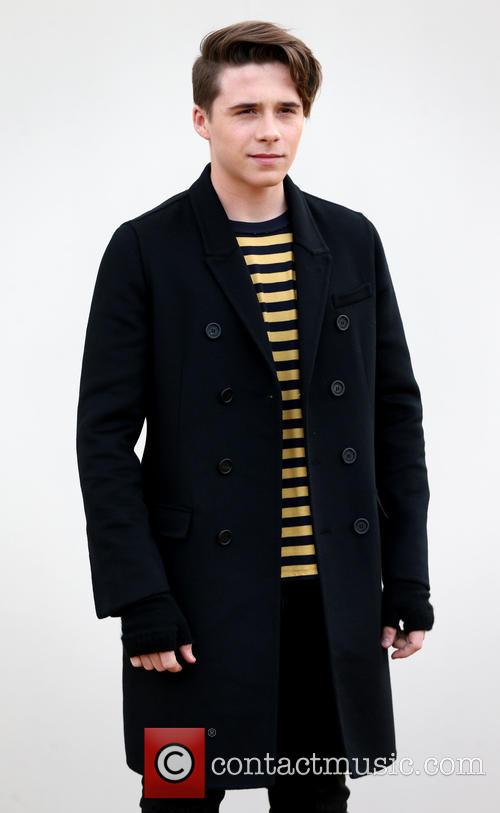 Speaking to The Sun, lead singer Brad Simpson said: “We want to get him involved. He can spit bars. He’s going to be rapping on the album.” The four-piece are currently in the studio working on their third album.

Last year Brooklyn made an appearance in the band’s music video for single ‘Wake Up’. Speaking on ‘Loose Women’, singer James McVey said that it was the band who approached Brooklyn to appear in the video.

“I was speaking to him online and then texting him a little bit, and then we knew we were both in LA at the same time and we thought it would be cool to get him involved really,” he said. “I sent him a text and asked him if he'd be the lead role and he said yes. He's really really talented, even though he hasn't done it before.”

Drummer Tristan Evans later told the Metro: “The Beckhams are lovely to us and Brooklyn came to a show once so we kept in contact. We asked him if he wanted to be in it and he said yeah!’” Singer Brad added: “He did really well, it was his first bit of acting. It was really nice to show case something for him as well, show a different side to Brooklyn as well as him bringing a massive thing to our video."