Wild Spelks talk to us about bubblegum power-pop melodies, undiluted vision and The Pink Panther [EXCLUSIVE]

Having just released their third single, 'Dreamer', Wild Spelks talk to us about their inspirations, their influences and what the future holds.

Having formed in April 2020, Newcastle's Wild Spelks have only existed during the current CoVID19 global pandemic. The band, as much as they may have wanted to, have never played on stage to a live audience but are eager to start. With the release of their February single Dreamer on 26th Wild Spelks opened their 2021 account, having previously released The Happy Places, their debut single, and Turn It Around, in 2020. 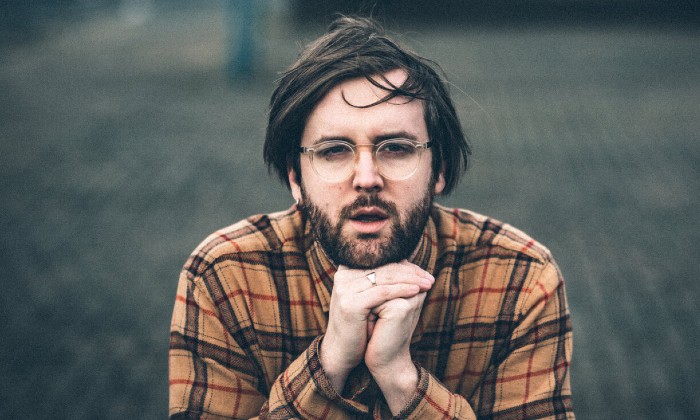 The current globe trotting track is another riot of revolving fuzzy guitar riffs and driven percussion. Wild Spelks may hail from the North-East but they bring a real So-Cal, West Coast flavour to their music. Ahead of the band's on-going preparations to start their next chapter Contact Music catches up with Jonathon Sabiston from the band.

We have only existed in a pandemic world so far, having launched in April 2020. For all the progress we have made, it feels odd that it is purely a digital one. We can’t wait to actually get out into the world later this year, if all goes to plan!

These things can definitely take time, but if I’m ever anxious about the pace of our progress, I take comfort in the belief that if the songs are good, things tend to go in the right direction. That and a bit of luck, time to time. We’re in no rush to get anywhere, so we’re just trying to enjoy the journey, like y’know?

Seemingly, very important. I currently write, recording, mix and produce all of our music. So far I’ve done all the artwork and had at least, some input into our videos. As we progress, I am easing my grip on some of those things, but this project was born of a desire to see what an undiluted vision would look like and that is still how it is, today.

Musically, I’m inspired by Weezer, Guided By Voices, Smashing Pumpkins, Placebo, bands like that. I think what ties them together is at times, bubblegum melody, within a gritty soundscape. As a producer, I’m inspired by Gordon Raphael and Eric Valentine, two ends of the production spectrum, but equally valid.

I would love to work with Weezer and Rivers Cuomo. I’m sure you can hear his influence on my music, I would want us to write an over-indulgent love song, fast, distorted and full of harmony. Just how I like it.

Not sure why this came to mind, but sometimes I’ve been known to say really stupid stuff. A highlight being “What is the Pink Panther anyway? Some kind of dog?”

I would love to have a physical release in the future, a run of vinyl would be incredible. I don’t think we’re too far away from that, so we’ll keep chipping away.

If all goes to plan, we should be gigging by the summer and announcing our next single within the coming weeks!