Why Phoebe Bridgers Is The Best New Artist Of 2021 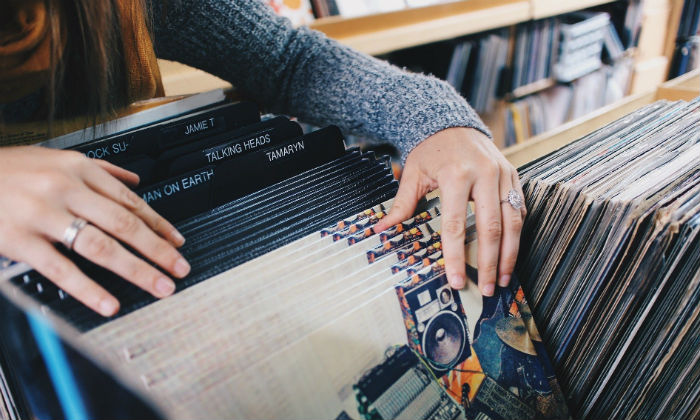 Phoebe Bridgers' second album, Punisher, was one of the best LPs of 2020, she has a devoted fan base, and can expect to sell out huge venues across the globe when large scale concerts eventually return.

But is she the best new artist of 2021? We’ve made the case for why she is, looking beyond the recognition she’s getting from critics and industry bigwigs to explain the special she’s making.

‘New artist’ can mean different things to different people. To some it’s a musician they’ve newly discovered, to others it’s a band, singer or songwriter at the start of their career.

You can discover an artist at any stage of their career, so it doesn’t feel right to use this as a means of defining them as being ‘new’ — would The Beatles be a new artist if you’d heard them today for the first time?

With this in mind, is Phoebe Bridgers at the start of her career? Hardly. Bridgers has been releasing music for years.

She released her debut EP in 2014, Killer, first single in 2015, Killer, and maiden LP, Stranger in the Alps, in 2017. She’s also released material as part of indie-rock supergroup boygenius and worked with artists such as Conor Oberst, Joyce Manor and Mercury Rev.

It would be stretching the definition of new to claim Bridgers is at the start of her career.

But 2021 has opened a new chapter in her career, one that’s gained a new degree of acclaim and fame amongst music industry bigwigs.

But Bridgers has achieved a new level of fame in 2021

Fans of Phoebe Bridgers have been well aware of her brilliance for a heck of a long time, while she’s earned critical acclaim from journalists since the beginning of her career.

However, 2021 is the year that the industry bigwigs have acknowledged her skills.

The last nomination is key because it shows she’s clearly being recognised as a new artist.

And Bridgers wasn’t only included in the Best New Artist category to make up the numbers.

Prior to the Grammys, she was considered second favourite to win the award by industry leading online casinos like Paddy Power. Indeed, Paddy casino put Bridgers ahead of artists such as Doja Cat, Noah Cyrus, Ingrid Andress and Kaytranada.

But music isn’t about pleasing the magnates or betting sites. It’s about creating songs fans adore, that make a special impression and leave a lasting impact. It’s on the basis that we should explain why Bridgers is the best new artist of 2021.

Phoebe’s the best because taking the underground overground

It’s music happening outside of the mainstream, beyond the side of broader media and public interest. It’s artists releasing independent music on indie labels and playing small-to-midsize venues.

Only a small number of underground rock artists go overground in any given year, with fewer still making a significant and enduring impact each generation.

Nirvana are perhaps the best example of an underground band going overground.

Their debut album, Bleach, initially sold 40,000 copies, earnt the trio a European tour and gave them the chance to record a second album LP. The follow-up to Bleach knocked Michael Jackson off the top of the Billboard 200, made Nirvana the biggest band on the planet and changed the face of popular music.

Phoebe didn’t achieve Nevermind level success with her second album, Punisher. However, Punisher made it into the top 50 in the album charts of the U.S., U.K., Australia, New Zealand and Germany.

She also performed on SNL (aping Nirvana by smashing her guitar), played an all-virtual concert to an audience of four million and had Elton John vowing to “hit someone” if she didn’t win at least one Grammy.

Given that Stranger in the Alps peaked at no. 13 on the Billboard Heatseekers Albums chart, we’d say that’s a pretty big leap in status — one no current indie-rock star can match.

So, Phoebe isn’t the best new artist of 2021 because she’s released her first single, EP or LP. She’s the best because of what she represents — the finest example of an artist moving from the underground into the overground in 2021.