Who Is Skip Marley? Everything You Need To Know About This Rising Reggae Star

Bob Marley's grandson has collaborated with Kate Perry on her new single.

Having appeared on Katy Perry's most recent single 'Chained to the Rhythm', the artist on everyone's lips is the successor of a legend: Skip Marley. He's barely out of his teens, but his music career already looks a promising one - as much as it was also predictable. 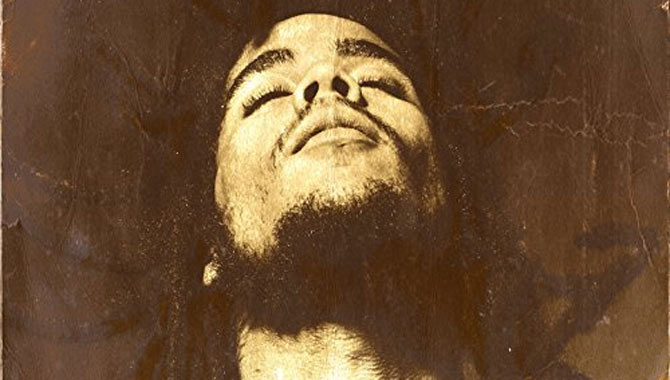 Born in Kingston, Jamaica, Skip is the 20-year-old son of Cedella Marley - which in turn makes him the grandson of arguably the most famous reggae star in the history of music, Bob Marley. It was only fate, then, that he should follow in his late grandfather's footsteps and pursue music.

A multi-instrumentalist as well as a singer-songwriter - gifted with the ability to play piano, drums, guitar and bass - Skip Marley released his first single 'Cry to Me' in 2015 under the family label Tuff Gong. That year he also released another single, 'Life', and by the time 2017 came around he was signed to Island Records and getting hooked up with major pop stars.

His first single for Island Records was 'Lions', which came out earier this month, and now he has co-written and co-performed Katy Perry's newest single 'Chained to the Rhythm'; only her second new release since 2013's 'Prism' (after 2016 Olympics track 'Rise') which is expected to be the lead single of her upcoming fourth studio album. The song also featured producers Max Martin and Ali Payami and guest vocals from Sia Furler.

Skip and Katy performed the track for the first time at the 59th Grammy Awards last week (February 12th 2017), and she is expected to perform the song again at the 2017 Brit Awards - though it is unclear as to whether or not Skip will join her there also.

More: All about Katy Perry's new song 'Chained To The Rhythm'

Skip is not the only member of the Marley family who has gone on to follow the career of their late patriarch. Skip's mother was a part of the Ziggy Marley and the Melody Makers with his uncles Ziggy and Stephen Marley, and aunt Sharon. Skip has also toured with both Stephen and Damian Marley for their collaborative Catch a Fire tour while he was signed with Blue Mountain Music.

You might also recognize Skip from a Gap 1969 Denim campaign he modelled for last year.