Who is performing at Superbowl 2022 Half-Time Show

Everything you need to know about the Super Bowl 2022 Half-Time show.

As the date for the biggest sporting event in the United States approaches, preparations intensify and we get some exciting news about performers and hosts that will make the Super Bowl even more exciting to watch. 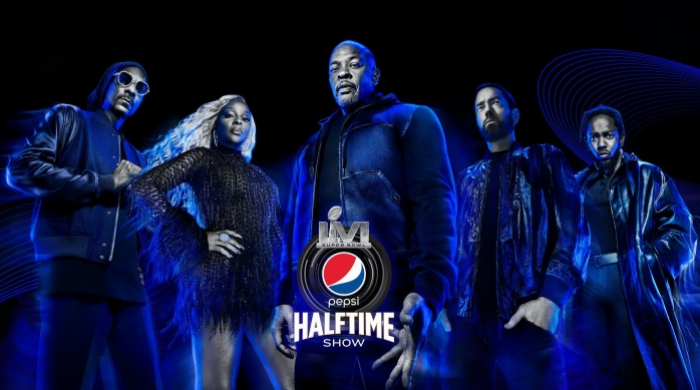 The Super Bowl started back in 1967 and since then it has been the ultimate goal that every NFL team chases. The event attracts massive crowds from all over the world, and apart from the high-end football game between two of the best teams in the National Football League, we get some exciting performances at the beginning, half-time, and at the end of the show.

Such events make games even more exciting to watch. That’s why even big European soccer leagues and tournaments like the Champions League are thinking about increasing the half-time break just so organizers can squeeze events and performers in-between matches just to increase the excitement of the match.

When is the Super Bowl 2022 Schedule For?

Who is Will Be Performing at the Halftime Show?

With such big hip-hop and rap infusion in the past couple of years, the organizers of the Super Bowl decided to get some of the biggest rap stars in the industry. Nowadays, the Super Bowl odds 2022 for the winner of the big game get put aside and people start betting earlier on how is going to be the halftime performer.

This year the halftime show on the Super Bowl will be infused with some hip-hop culture with some amazing stars like Kendrick Lamar, Dr. Dre, Eminem, Mary J. Blige, and Snoop Dogg.

Many people consider this event to be one of the greatest Super Bowl halftime shows of all time just because of the amount of talent that will be performing on the same stage. On top of that, the league announced that along with Pepsi, there will be Jay-Z’s Roc Nation that will amuse fans all around the world.

The NFL partnered with Jay-Z’s Roc Nation entertainment company three years ago, and since then the Super Bowl has turned into a major event where huge music legends perform. However, the Super Bowl 2022 will be their most star-studded collaboration yet, alongside the incredible The Weekend performance at halftime when the Buccaneers took the trophy last year, and attractive Shakira and Jennifer Lopez performance the year prior.

Jay-Z also said that this is going to be one of the biggest events not just in sport, but in music in general saying “Dr.Dre, a musical visionary from Compton; Snoop Dogg, an icon from Long Beach; and Kendrick Lamar, a young musical pioneer in his own right, also from Compton; will take the center field for a performance of a lifetime. They will be joined by the lyrical genius, Eminem; and the timeless Queen, Mary J. Blige.This is history in the making."

Even though we are not used to seeing Dr.Dre perform since he is now more focused on creating music for movies and other artists, he is thrilled to be appearing at the halftime show on the Super Bowl.

He says that he is very excited to be given the opportunity to perform at the Super Bowl halftime show, and it will be in his own backyard making it one of the biggest thrillers of his career.

This without a doubt will be one of the greatest sporting events of all time, and if you are a true hip-hop fan, you wouldn’t want to miss this opportunity to watch all of these legends together. We sure hope that the NFL teams wouldn’t disappoint with their performance and give us a highly competitive game that will be exciting to watch. Otherwise, they will be overshadowed by the music performers which will steal the attention of the public transforming the Super Bowl into a music concert.