Studio MGM has purchased the rights to make a 'Where's Wally?' movie. 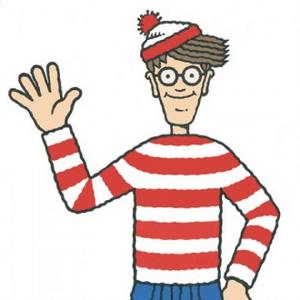 The book series, which features pictures of crowds and requires readers to find the titular character - known as Waldo in the United States - will be made into a family motion picture.

MGM President Jonathan Glickman said: "We are thrilled to be bringing the search for Waldo to the big screen. Along with our partners at Classic Media, we look forward to making a worldwide adventure that will appeal to 'Where's Waldo? fans of all ages."

Eric Ellenbogen from Classic Media added: "Waldo is the most searched-for character in the world. With thanks to MGM, fans everywhere will find Waldo in movie theatres with his motion picture debut."

The character - renowned for his red and white striped top and hat, and for walking with a stick - has sold 55 million books in 38 countries.

He is now even prevalent in the world of smartphone apps, having been downloaded more than 4.6 million times.