We are looking at a music industry in crisis as the fear surrounding the coronavirus hits the live circuit and beyond. Releases are being put back, gigs postponed, major events cancelled and a new trend of live show streaming has begun as more and more of us make the choice to self-isolate. 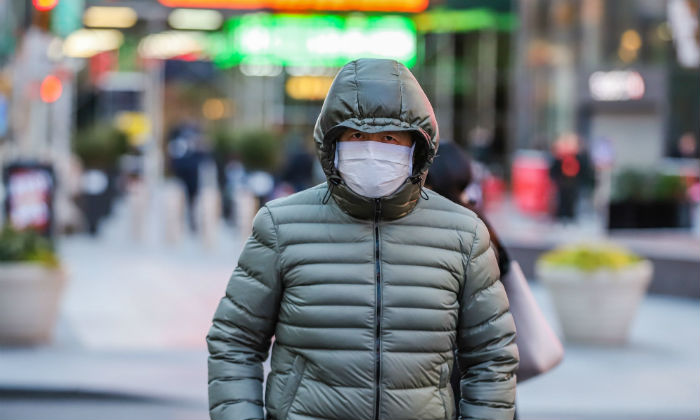 Musicians are not only cancelling their tours this year, they're also taking steps to self-quarantine as the virus continues to spread. Charli XCX has expressed her frustration over the isolation, while Blink 182's Mark Hoppus has revealed that his family's "no-one in, no-one out" policy has already incited cabin fever on the first day.

Meanwhile, artists that have been continuing performances are being criticised for playing huge arena shows, including Post Malone, Lewis Capaldi and Stereophonics. Given that the latest news has major US cities like New York and Los Angeles closing down all public venues, you can probably expect most big gigs not to be going ahead in the near future. And with the UK also set to ban mass gatherings, that news will likely be the same over here too.

Numerous festivals are being cancelled or rescheduled, Record Store Day 2020 has been postponed, Eurovision is still up in the air and Live Nation has a blanket postponement on all shows. Coachella has been put back to October and Snowbombing Festival has been cancelled this year.

But some musicians are refusing to let coronavirus ruin all the fun. Dropkick Murphys are streaming their annual St Patrick's Day Concert live from Boston, so all fans can watch it on YouTube from the safety of their own homes, while DIY punk festival Quarantunes live-streamed a show over the weekend to raise money for Doctors Without Borders, with performances from Divided Heaven, Brian Rothenbeck, Captain A**hole and more.

Yungblud also streamed a show yesterday (March 16th) on YouTube with support MGK, Bella Thorne and Oliver Tree. Plus, the global panic has seen R.E.M.'s 1987 song 'It's the End of the World as We Know It' re-entering the Top 100 on the US iTunes chart.

Naturally, the coronavirus is hitting a great many of us hard financially, but there are people helping. Lil Nas X and Megan Thee Stallion have been sending fans money via Cash App to help. In the UK, the Scottish Government have put in place a £320 million rescue package for small businesses which is likely to be a huge help for small venues and the already vulnerable record stores.

There's more sad news in the music world as it's announced that Genesis P-Orridge of industrial pioneers Throbbing Gristle has died at the age of 70 after a two-and-a-half year battle with leukaemia. They are expected to be laid to rest with their life partner Jaqueline "Lady Jaye" Breyer who died in 2007.

Meanwhile, Machine Gun Kelly has reignited his feud with Eminem with a new song entitled Bullets With Names featuring Young Thug, RJMrLA and Lil Duke. He's set to drop his fifth album Tickets To My Downfall later this year.

The most exciting news of all comes in the form of the Glastonbury 2020 line-up announcement. With Kendrick Lamar, Paul McCartney, Diana Ross and Taylor Swift leading the bill, it looks to be quite the event of the year. Unfortunately, there's every likelihood we can expect this year's festival to be cancelled due to the coronavirus outbreak.

In case you missed it - our first wave of #Glastonbury2020 line-up has been revealed! See the full list in text form at https://t.co/i8376oit3T pic.twitter.com/ydYCsJiCC5