'We all worry about him during this pandemic': Luciana Gimenez Morad opens up about Sir Mick Jagger 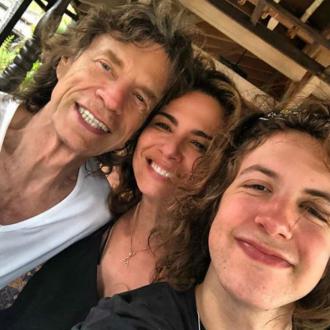 Luciana Gimenez Morad is worried about Sir Mick Jagger amid the Covid-19 pandemic.

The 50-year-old TV presenter has son Lucas, 21, with the Rolling Stones legend and she admitted that she worries about Mick, 76, who underwent heart surgery to replace a faulty valve last year.

Luciana told The Daily Mail newspaper: ''He is very well but I am worried about him. We all worry about him during this pandemic. He is very vulnerable.

''At 76 he is right in the danger zone. I mean, he looks like he is about 20 years old... But biologically, he is a little bit older. And we all tend to forget that because he is like an eternal youth. So we have to take special care of him.''

Jerry Hall famously ended her 22-year-relationship with Mick in 1999 after discovering he had been unfaithful with Luciana and the brunette beauty admitted Jerry still won't talk to her, even though she wrote her a letter of apology.

She said: ''She didn't write back. I didn't really expect her to, but I wanted her to know that I was sorry.

''People forget that you can fall in love with someone, whether they are rich and famous or not,' she muses.

''Rich people love. Famous people love. It is all the same. It doesn't matter. We are all going to die in exactly the same way, anyway.''

These days Mick and Luciana are close pals and she gets on well with his partner Melanie Hamrick, the 32-year-old American ballerina, who is the mother of Mick's youngest child, three-year-old Deveraux.

She said: ''I still love Mick, but not in a sexual way. He is a great friend. I don't give her any advice at all. I don't think Mel needs it. She has been with Mick for a long time. So we just talk like normal friends. They are all very cute together and she is nice to my son. I think Mick is happy with the baby and with her, and I am happy for them.''