After their LA Public Library performance of a track entitled Racist, Sexist Boy went viral, Asian-American garage punk four-piece The Linda Lindas have signed a record deal with the indie label Epitaph. And we cannot wait to hear more from them. 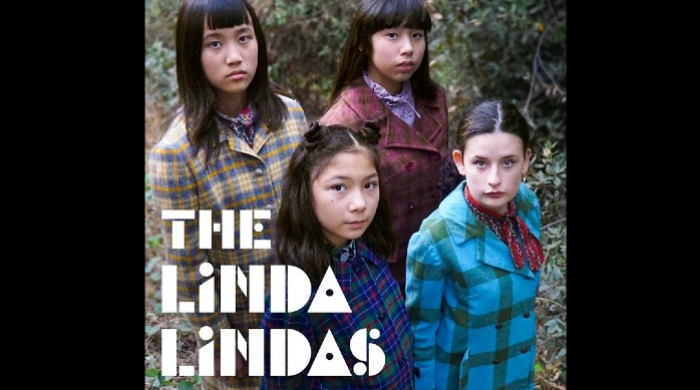 The song was inspired by an incident before the first lockdown in which 10-year-old drummer Mila was approached by a boy in her class whose father had told him to stay away from Chinese people. After she had informed him that she was Chinese, he literally backed away from her.

The band - who are made up of Mila, her 14-year-old sister Lucia, their 13-year-old cousin Eloise, and 16-year-old Bela - performed the nearly iconic track for AAPI Heritage Month, and it has become an overnight sensation for obvious reasons. It's an epic banger with a timely theme after a rise in anti-Chinese rhetoric that came with the COVID-19 pandemic.

"I hope the song empowers people who have been oppressed", Eloise told The Guardian in an interview. "It’s good because I get to scream a lot in it – all of the anger that builds up, it’s good to let it out. It’s really fun to perform."

It's not just their viral masterpiece that has earned the attention of the music industry; the band revealed that they've actually been in talks with Epitaph for months after performing as part of "Kristin Kontrol’s pickup band of inexperienced kids for Girlschool LA" in 2018 meeting Bethany Cosentino and Bobb Bruno from Best Coast and Karen O of the Yeah Yeah Yeahs; playing Pomona Festival and the Dia De Los Muertos Festival; playing a number of Save Music in Chinatown benefit matinees alongside The Dils, The Gears, Alley Cats and Phranc; as well as sharing the stage with Alice Bag, Money Mark and Bleached.

In the Racist, Sexist Boy video, you'll notice Mila wearing a Bikini Kill T-shirt. It marks a souvenir of their support slot at a reunion concert of the riot grrrl legends at the Hollywood Palladium in 2019, which came after lead singer Kathleen Hanna praised their live cover of Rebel Girl on Twitter.

The band also went on to write an original song for the Netflix documentary The Claudia Kishi Club, as well as recording music for  Amy Poehler's film Moxie.

Founded by Bad Religion guitarist Brett Gurewitz in 1981, their new label has previously signed the likes of The Distillers, The Donnas, Bring Me The Horizon, Rancid and The Offspring, among others. So we expect this union to be a great fit for The Linda Lindas.

Of course, it helps that they've had a leg up in the industry thanks to Mila and Lucia's father being the Grammy-winning mixer, engineer and producer Carlos de la Garza, who has worked with Bad Religion and Best Coast in the past, as well as Paramore, Wolf Alice, Bleached and All American Rejects.

Plus, Eloise is the daughter of Martin Wong, a co-editor of Giant Robot Magazine which featured punk-inspired Asian American alternative culture before becoming a store selling apparel, toys and homeware.

You needn't think it's just nepotism that has seen the band win over Epitaph though; Racist, Sexist Boy has already been given the seal of approval by Kathleen Hanna, Rage Against the Machine's Tom Morello and the Pulitzer Prize-winning author Viet Thanh Nguyen.

The band named themselves after a 2005 Japanese film called Linda Linda Linda which is all about a group of teenagers who form a Blue Hearts cover band. Last year they unveiled their self-titled four-track debut EP independently.

They couldn't have come at a more appropriate time either as across the pond in the UK, the nation is revelling in a seminal Channel 4 series called We Are Lady Parts which is about an all-girl all-Muslim punk band.

We can never have enough diversity and representation in music, and The Linda Lindas have certainly proved there's a always a gap in the market for a bunch of teenage (and pre-teen) girls with a lot to say about the state of the world.