Victoria's Secret announces store closures in US and Canada

Victoria's Secret has announced plans to close around a quarter of its stores in the United States and Canada. 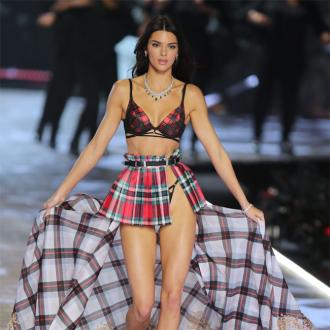 Victoria's Secret is planning to permanently close around a quarter of its stores in the United States and Canada.

The world-famous lingerie company has confirmed it will close as many as 250 stores across the two countries over the next few months, with the coronavirus pandemic having a dramatic impact on its business.

Stuart Burgdoerfer, the interim chief executive of Victoria's Secret, also suggested there could be further store closures in 2021 and 2022, as the company adjusts to a new economic reality.

Burgdoerfer said there is likely to be ''a meaningful number of additional store closures'' next year, and ''probably a bit more'' in 2022.

Last year, meanwhile, Victoria's Secret decided to cancel its annual fashion show, saying it was instead focused on a new marketing strategy.

The brand and its fashion show - which has previously featured the likes of Gigi Hadid and Kendall Jenner - has come under fire in recent years, with critics claiming the concept and its notion of beauty is now outdated.

The chart-topping pop star has turned to some of her showbiz pals - including Normani and Megan Thee Stallion - to promote her brand.

And Normani admitted she was thrilled to have joined forces with the Bajan beauty.

She said: ''Savage X celebrates and empowers women of all shapes, sizes, and colours. I am so grateful for this opportunity and excited for what's to come with my new Savage X family.''