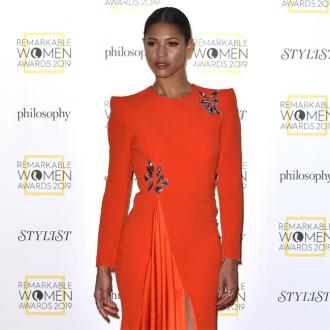 The 30-year-old DJ will take over from Cel Spellman in two Sunday slots at the station, joining current co-host Katie Thistleton on 'Life Hacks' from 4-6pm and then staying behind the mic for another hour to front ''The Official Chart: First Look', which provides the earliest possible glance at the Official Singles Chart for the following week.

And the Capital FM breakfast host admitted her new position is a ''dream come true''.

She gushed: ''Joining the BBC Radio 1 family is an absolute dream come true.

''I grew up listening to Radio 1 religiously, and am honoured to present 'Life Hacks', a show that is so important to me and so many listeners. Right back since the days of 'The Surgery', I have loved listening to this weekly platform which so openly, honestly and thoroughly discusses issues affecting young people: from mental health and grief to education & careers, sex & relationships to racism.

''Above all, 'Life Hacks' is a community, a space where, whatever is going on in your life, you can know you're not alone. I am excited to be a part of continuing to build this community of support and advice and look forward to turning my hand to hosting 'The Official Chart: First Look' too.''

Cel who will depart the programmes at the end of August to focus on other commitments, though he will continue to be a part of the station.

Cel said: ''If you had told me when I first covered the Sunday afternoon slot in 2014 what would follow, I wouldn't have believed you. I still can't quite believe it, yet here we are.

''Getting to share my Sunday afternoon with the Radio 1 listeners for the last 5 years has been one of my greatest privileges, joys and achievements.

''I can't wait to live out this next chapter of my career, continuing being a part of the Radio 1 family whilst also being able to focus and dedicate more time to my acting, broadcasting and social action commitments and ambitions. Peace and love.''

Radio 1 will be introducing some other changes on 1 September, which will see Greg James' breakfast show move to 7-10.30am Monday-Thursday. He will be followed by Clara Amfo until 1pm, before Scott Mills takes over between 1-3.30pm and Nick Grimshaw's show airs from 3.30-6pm.

'Future Sounds with Annie Mac' will move to a new 6-8pm slot, with her prestigious Hottest Record in the World feature moving to open her show.

A brand new show, Radio 1's 'Future Artists with Jack Saunders', will air Monday-Wednesday from 10pm-midnight to support up and coming artists, while Jack will also keep his Thursday evening 'Indie Show' in the same later timeslot.