Vick Hope felt like a ''novelty'' because of the colour of her skin. 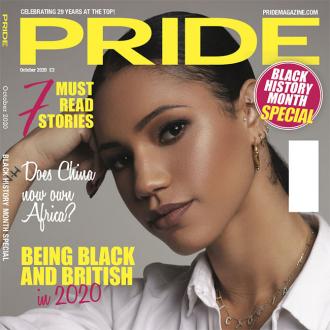 Vick Hope felt like a ''novelty'' because of the colour of her skin.

The television and radio presenter regularly had her hair touched without asking because it looked different to others and she admits it felt ''a bit dehumanising''.

She said: ''In many ways, that affects your confidence, doesn't it? It makes you feel like you're less than, and you know, when people touch your hair without asking it's though you're kind of a novelty or like a pet. It's a bit dehumanising.''

And the 31-year-old star ''worries'' that there will always be some people who don't listen to the message of the Black Lives Matter movement and racial injustice, as it makes her feel like she ''can't ever do enough''

Speaking to PRIDE Magazine's Black History Month Special, she added: ''So my worry is that there are just some people who will refuse to listen, no matter what. And that makes me scared that I can't ever do enough. But then that shouldn't be a reason to not keep fighting because then if we all felt that, we would never do anything, so we've got to keep going. You've got to keep going in spite of the people who don't want you to.''

Vick studied modern languages at Cambridge University but admitted being mixed race and from a northern background, she didn't feel like she ''belonged'', despite being the establishment's poster girl for diversity.

She said: ''At first I felt like I didn't belong. It's not hugely diverse, not just being black but being from the north you are few and far between. Sometimes it did feel tokenistic. I was put on the front of the prospectus within two months of being there with a profile that felt a bit like: 'If I can do it, anyone can.' I'm happy to have been part of that access literature, it's important that they're working on it and I feel lucky to have gone there.''