Punk is back. After a frustrating year politically, socially and environmentally, more and more artists are coming to the forefront to unveil angsty tunes that really capture an uncertain climate where a healthy mix of individuality and conformity is the order of the day.

These upcoming albums are the most exciting punk releases to come this year. We’re not talking the TikTok pop-punk revival, but a simple return to a shouty, DIY aesthetic that shaped a generation back in the 70s and 80s. 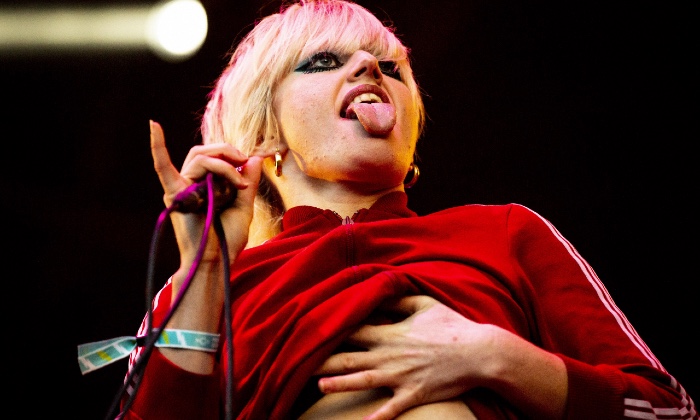 Amyl and the Sniffers - Comfort to Me

Their debut album was quintessential Aussie punk rock, and a well-deserved winner of the ARIA Award for Best Rock Album. Now, two years later, Amy Taylor and her instrument wielding trio are promoting album two, Comfort to Me, with the memorable and totally infectious Guided By Angels.

There is so much energy in this song and, while it may be a little trite to say it, we are already hungry for more.

“I had all this energy inside of me and nowhere to put it, because I couldn’t perform, and it had a hectic effect on my brain,” Amy said of writing the album during the pandemic. “My brain evolved and warped and my way of thinking about the world completely changed.”

In just a few days, we can expect the arrival of this Californian quartet’s eighth studio album, coming five years after Hypercaffium Spazzinate which reached number one in the Billboard Independent chart. Released on Epitaph Records, recording on 9th & Walnut started way back in 2002, with the group returning to the material just last year.

Eighteen of the songs were actually written between 1977 and 1980, and what makes it even more exciting is that this record features the classic line-up - Milo Aukerman, Frank Navetta, Tony Lombardo and Bill Stevenson - who haven’t worked together since their iconic 1996 album Everything Sucks.

Chubby and the Gang - The Mutt's Nuts

Just 18 months after the release of their well-received debut album Speed Kills, West Londoners Chubby and the Gang are back with The Mutt’s Nuts.

Having heard three of the tracks so far - Lightning Don't Strike Twice, Life’s Lemons and Coming Up Tough - we already know we’re going to be just as obsessed (if not, more) with The Mutt’s Nuts.

The group came out of the new wave of UK hardcore punk, so they’ve got that raw, DIY feel that evokes traditional 70s and 80s punk acts. We’re glad that energy hasn’t changed in the last year and a half.

Frank Carter and the Rattlesnakes - Sticky

It’s the fourth full-length release on their International Death Cult label and, if their previous efforts are anything to go by, Sticky is set to be Frank Carter and the Rattlesnakes’ greatest work yet.

In 2019, the British punk rockers released End of Suffering, which reached number four in the UK charts. Like End of Suffering, the new album features a number of interesting guest appearances, this time from the likes of queer avant-garde artist Lynks, up and coming rock soloist Cassyette, Joe Talbot of Idles and Primal Scream’s Bobby Gillespie.

Frank describes the album as being about “that moment where you’re drunk at a bus stop at 3AM. You know there are no more buses, but you sit there anyway because you’re too f**ked to figure out your options. Your kebab is on the floor, there’s a Stella in your pocket, and you’re woken up by a dirty little fox eating your shoes.”

If that doesn’t convince you to listen to Sticky, we don’t know what will.

Naked Raygun - Over The Overlords

Naked Raygun, you say? Who are they? You’d be forgiven for not knowing. It’s been a grand total of thirty-one years since this Chicago band released their last album, Raygun...Naked Raygun, via Caroline Records.

Over the Overlords marks a new era for the band. They’ve been planning on a new release since 2016, and it’s a little sad that this album has to come just months after the death of bassist Pierre Kezdy. But their new single Living in the Good Times is a positive anthem if ever we heard one, so we’re looking forward to what Over the Overlords has to offer.

Here’s a bit of trivia for you; Naked Raygun was the first band Foo Fighters’ Dave Grohl ever saw live, way back in 1982 when he was just 13. We bet he never thought they’d be opening for him 32 years later for the Sonic Highways World Tour.

Boston melodic punk band had us hooked on their Bad Memory demo last year, so we are so excited to hear their forthcoming EP Drift, featuring newly released single Eat the Young.

The Red on Red Records signees haven’t got the biggest following so far, but if their new song is anything to go by (coupled with the renewed mainstream interest in 90s-style punk), Drift will no doubt, double or triple, their fanbase over the next few months.