K-Pop is all anyone's talking about these days and with so many groups making waves all over the world, we can't help but join their extensive fanbase. We've already had some epic releases this year from the likes of Blackpink's Rosé, Shinee, (G)I-dle, AB6IX and Weeekly, so here are a few more that are certain to hit that K-Pop spot in our hearts. 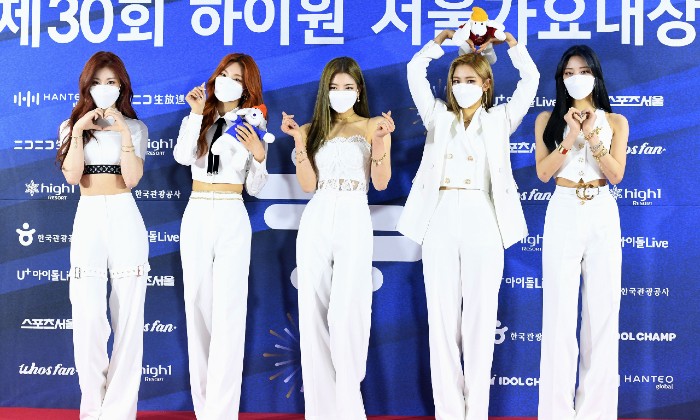 The South Korean girl group have just dropped a second music video teaser for Mafia in the Morning; their first single from upcoming mini-album Guess Who, which is set to be released this week through JYP Entertainment. Earlier this year they unveiled the tracklist for the album, and premiered a digital single at a virtual fan event entitled Fan Party Live.

Another mini-album comes from boy band quartet Highlight, who return following a two-and-a-half year hiatus. Coincidentally, one of their previous records was also entitled Guess Who, but The Blowing is set to arrive in May via Around Us Entertainment with the titular lead single - co-produced by Pollen and Lavin - having been teased in a recent comeback trailer.

Super Junior's Yesung comes with a new solo EP entitled Beautiful Night, out in May via SM Entertainment, which arrives just weeks after SJ's tenth album The Renaissance. He recently dropped a video for his new song Phantom Pain.

A sub-unit of SM Entertainment's NCT, this boy band will drop their debut album Hot Sauce next month, just 6 months after NCT's NCT 2020 Resonance. NCT Dream marks the third sub-unit of the South Korean group, alongside NCT 127 and WayV, marketed as a teen septet. The album, meanwhile, comes four years after their initial debut, when they released the hit single Chewing Gum.

Arguably the most exciting upcoming release on this list is the recently announced Binary Code from Oneus. Including on the record are the songs Black Mirror, Connect with Us, Polarity and Happy Birthday. They also release a rock version of their 2019 song Valkyrie. Earlier this year they released their debut album Devil which reached number two in the South Korean charts.

Not exactly an album of new material but an eagerly anticipated release all the same, BTS are about to share a new greatest hits compilation entitled BTS, the Best this Summer. A 2CD collection set to drop via Big Hit, Def Jam and Virgin Records, the album will feature a new song called Film Out which has also been used as the end theme to Japanese TV series Signal.