Universal Pictures have teamed up with Amasia Entertainment to develop a new 'Green Hornet' movie. 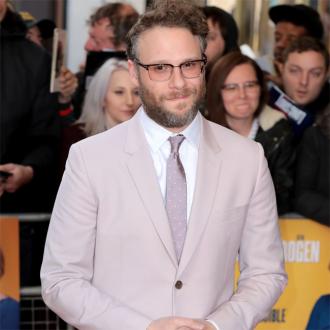 The studio is partnering with Amasia Entertainment on 'The Green Hornet and Kato' to revive the crime-fighting character that was first introduced to the world in a radio show in the 1930s.

President of Universal Pictures Peter Cramer said in a statement: ''The Green Hornet is one of the most iconic and beloved superhero tales ever created, and it has entertained generations of fans in every form of storytelling.

''We are thrilled to be partnering with Michael, Bradley and the entire Amasia team to launch an exciting new cinematic world for Britt Reid, Kato, and the Black Beauty, and we can't wait to share it with global audiences soon.''

Michael added: ''Universal will be a great home for our new Green Hornet and Kato. The team at Universal share our passion and enthusiasm for the property and will devote the resources to launch a truly global franchise.

''And, it's very cool that Universal was the original distributor of the 1940s movie serials. Our goal is to make a film that existing fans will love, and new fans will love to discover.

''With Universal, it feels like we are merging the past and the future, creating a contemporary version of the franchise that is fresh and exciting while respecting its long legacy and history. I can't wait!''

The franchise follows Britt Reid, a wealthy newspaper publisher who, at night, fights crime as a masked vigilante.

The Green Hornet character first appeared on a radio show in 1936 and spawned comic books and eventually a television series, which starred Bruce Lee and Van Williams, that aired during the 1960s.

A film version was made by Sony Pictures in 2011, starring Seth Rogen as the titular character, but received a lukewarm reception from critics although it performed well at the box office.