Ty Dolla $ign has admitted he was ''bless'' to have Kanye West work his ''greatness'' on his new song 'Ego Death'. 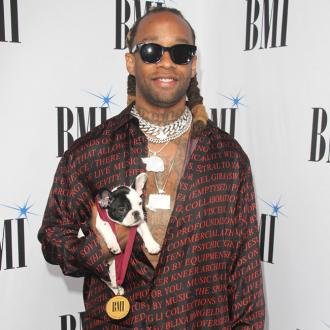 Ty Dolla $ign got Kanye West on his star-studded new track, 'Ego Death', because he was aiming for ''greatness''.

The 35-year-old rapper has admitted it was a ''blessing'' to work with the hip-hop legend again on his latest release - which also features FKA Twigs and Skrillex - and explained that he wanted the 'Flashing Lights' hitmaker on there because they always create something special together.

Speaking to Zane Lowe on his Apple Music radio show, Ty said: ''I was just trying to achieve greatness.

''Every time me and Ye get together, I feel like we just make something great. So I just do my part.

''Every time we get together, it just works. So it's a blessing, man. Shout-out to my bro.''

Kanye's parts were recorded in Chicago and they used his ad-libs for the final cut.

''He grabbed the little performance mic, and he started beatboxing and just free-styling and s**t. We recorded all that, kept all that.''

Instead of having twigs phone it in, the 'Sucker for Pain' star flew to London to get her vocals recorded and flew back to Los Angeles to have Skrillex work his ''magic''.

He added: ''I ended up going to London. I linked up with twigs. She laid her part, went crazy, and then I came back to LA and hooked up with [Skrillex]. He added his magic, and now we have the song. So it was definitely a process.''

The idea for 'Ego Death' came after Ty overheard a group of girls at a party say, 'That's the death of his ego', whilst discussing something a guy had done.

He explained: ''I heard some girls saying something about some guy, like, 'Oh, that's the death of his ego.'