Tulisa was threatened by bullies

Tulisa has recalled how she was threatened by menacing girls when she first started playing live with N-Dubz. 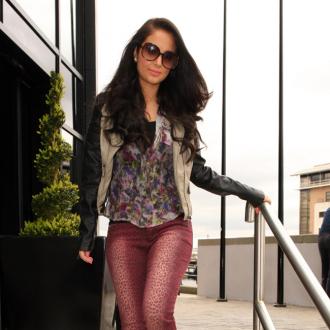 Tulisa used to be threatened by bullies at ''ghetto raves'' when she was a teenager.

The 'Young' singer started playing shows with hip-hop group N-Dubz - which also includes her cousin Dappy and her ex-boyfriend Fazer - before she reached her 20s and she had some bad experiences with people who didn't like their music.

She said: ''Some of our early gigs were exciting, sometimes we were going to some very 'ghetto' raves to perform. And you need to impress, I remember doing a gig in south London when I was about 14 or 15, and the whole crowd was just like, 'Who are these kids, we don't know you, get off the stage,' and I had these four girls looking at me while I was trying to sing my song, telling me they were gonna beat me up when I got outside. It was quite an experience.''

N-Dubz went on to become a huge success until going on hiatus in 2011, at which point Tulisa started making plans to go solo.

During a festival performance this year, Tulisa was booed when she went on stage and she admits the negative reception brought back memories of her frightening early gigs.

In a radio interview, she explained: ''When I did the Wireless festival a few months ago. They introduced me and about a third of the crowd booed me. I was like, 'Oh, OK interesting,' and it brought me back down to earth.

''I was like, 'Whoa, this is really scary,' and I felt like I was back in that rave in south London, so I just went all out and had this attitude that if anybody was aggressive to me, I was quite aggressive on stage, as if to say you're gonna have to listen to me whether you like it or not. And I won them over and everyone was cheering by the end.''