Tulisa to sue will.i.am over Scream and Shout?

Tulisa has reportedly sued Will.i.am over rights to his track 'Scream and Shout', which it is claimed she made a contribution to despite not being credited. 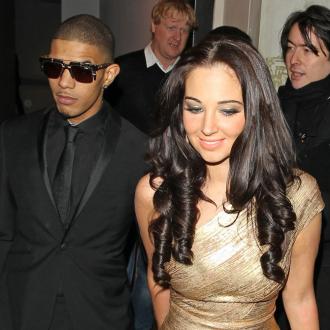 'The X Factor' judge is suing the star with a claim she is owed publishing money for the track 'Scream and Shout'.

The track has become a huge hit for will.i.am and Britney Spears, who collaborated with him on the song, but it was originally intended for Tulisa's solo album after she worked on it with Jean Baptiste.

According to the report in The Sun newspaper, the former N-Dubz star has claimed she wrote some of the lyrics and is due payment if she can prove her contribution.

A source said: ''Tulisa is still fuming with Will for taking the song off her. The fact the song blew up only makes it worse.

''She's well within her right to claim some of the publishing money.

''If she proves the words are hers, she could get a huge pay-out.''

The track topped charts around the world, and Tulisa would be listed as a co-writer if her case is successful.

It is reported she wrote, among others, the line: ''When you hear this in the club, you'd better turn this s**t up.''

The song, originally titled 'I Don't Give A F**k', would have featured on 'The Female Boss', Tulisa's solo debut, which peaked in the UK Albums chart at number 35.