Music star Trini Lopez has passed away in a hospital in California aged 83. 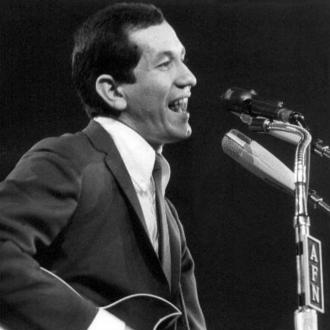 The guitarist and singer passed away in a hospital in Palm Springs, California, on Tuesday (11.08.20) after suffering complications from coronavirus.

News of Lopez's death was confirmed to The Hollywood Reporter by his songwriting and business partner Joe Chavira.

During his career, Lopez was a popular headline act in Las Vegas, and was even signed by Frank Sinatra to his Reprise Records label.

Sinatra decided to sign Lopez after he saw him perform during his residency at PJ's in Los Angeles in 1963.

The Dallas-born star enjoyed chart success in the 60s with 'If I Had a Hammer' and 'Lemon Tree', while he also appeared in the classic war movie 'The Dirty Dozen', alongside the likes of Ernest Borgnine, Charles Bronson and Jim Brown.

Lopez also starred in 'Marriage on the Rocks' and made cameo appearances in 'The Phynx' and 'The Poppy Is Also a Flower'.

Lopez - who was a life-long bachelor and had no children - recorded more than 60 albums during his time in the music business, and some of his other well-known hits included 'Kansas City', 'I'm Comin' Home, Cindy' and 'Sally Was a Good Old Girl'.

A documentary about his life by filmmakers P. David Ebersole and Todd Hughes is currently in post-production.

Pat Boone, who was a successful pop star in the 50s and 60s, has already paid tribute to the late entertainer, describing Lopez as a ''great guy and wonderful friend''.

He added: ''We played in celebrity tennis tournaments and laughed and sang. We both knew we were blessed to make a good living doing what we loved - making others happy! I'll miss him - for a little while.''