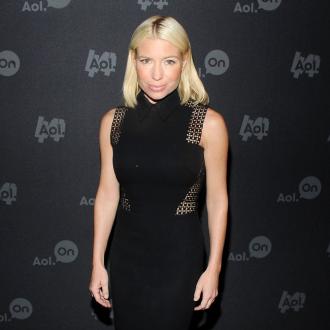 The celebrity trainer was furious her close friend and business partner was criticized in the media for donning a stomach-baring outfit to the launch of her new chat show, 'The Conversation', and doesn't see why the 41-year-old actress shouldn't be allowed to flash the killer abs she spends hours toning.

Tracy exclusively told BANG Showbiz: ''Oh please! This is not a hoochie mama crop top, this is a gorgeous crop top. How ridiculous! If you look at her arm, how chunky it looks next to Kate Moss' arm years ago, if you look at her now, she looks a lot better!

''She looks fantastic! What makes me mad is, why is that not inspirational? Why do women criticise women who work hard? It doesn't make any sense. I think it's a great outfit.''

The fitness entrepreneur has recently launched the Tracy Anderson Men's Program, working with the likes of Robert Downing Jr., and she admits she would love to get her hands on 'How I Met Your Mother' funnyman Jason Segel.

Asked which star she would like to whip into shape, Tracy laughed: ''I think I'd like to work with Jason Segel. I can just tell sometimes he cocks his neck weirdly.

''He's really out of balance, it feels like his face and his body are not connected right, I think the men's program would really help him because I feel like he's super talented!''

However, the star - who has teamed up with Xbox Fitness - has incredibly high standards and refuses to work with A-list clients who don't ''bring it'' in her studio.

Tracy said: ''I have celebrity clients that come in and they have very fixed mindsets. They're like, 'I'm a diva! I will only perform if 70,000 people are watching me!' If the Xbox was training some of the people that I've trained it would be like - FAIL - because they just don't bring it. I have no interest in that.''

Xbox Fitness is a new online service that takes the world's best fitness videos and makes them interactive with the power of Xbox One, personalizing your workout with instant feedback, smart recommendations and social challenges. It features an extensive library of videos from the world's biggest fitness brands, including Jillian Michaels, Tracy Anderson and Insanity.