Todrick Hall has admitted that he ''resorted to a few Regina George'' moments in his feud with Scooter Braun and now says he doesn't believe Scooter is evil. 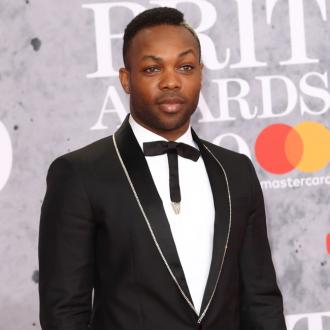 Todrick Hall ''resorted to a few Regina George'' moments in his feud with Scooter Braun.

The 35-year-old singer / songwriter slammed his former manager as ''evil'' last year in a tweet backing Taylor Swift in her long-running feud with Scooter but Todrick now admits he was wrong.

He told Billboard: ''I don't think that Scooter is a horrible villain the way that it may have been painted in the past - the way I have helped paint it in the past.

''I kept being like, 'Why do I have to do this when that person doesn't? Why is my picture not up in the office? Why am I not on your Instagram? I have a lot of really cool things happening, and they're not being promoted' I genuinely attempted several times to talk to him from a place of love, but with my wounds from being black and gay in America, and his ego, it was difficult to get through. So I resorted to having a few Regina George moments I'm not necessarily proud of.''

In a tweet about Scooter last year, Todrick wrote: ''For those asking, I left Scooter Braun a long time ago... I am saddened by this news, but not shocked. He is an evil person who's only concern is his wealth and feeding his disgusting ego. I believe he is homophobic & I know from his own mouth that he is not a Swift fan.''

Taylor previously revealed she was upset at former boss Scott Borchetta's decision to sell Big Machine Records to Scooter, because she accused the latter of bullying her, and claimed she wasn't given the chance to buy her own master recordings before they were sold to Scooter.