A re-mastered 3-D version of 'Titanic' starring Kate Winslet and Leonardo Dicaprio is to be released next year to coincide with the 100th anniversary of the cruise liner's sinking. 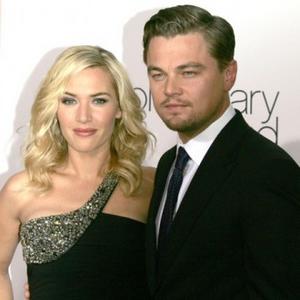 'Titanic' is to be re-released next year to coincide with the 100th anniversary of the sinking of the iconic vessel.

The James Cameron written-and-directed movie - which starred Leonardo Dicaprio and Kate Winslet as lovers onboard the doomed ocean liner - is being re-mastered in 3-D, and will be put on sale on April 6, 2012.

Discussing the re-release, filmmaker James added it would be a great opportunity for younger people to see the multiple Oscar-winning movie.

He said: "There's a whole generation that's never seen 'Titanic' as it was meant to be seen, on the big screen. And this will be 'Titanic' as you've never seen it before, digitally re-mastered at 4K and painstakingly converted to 3-D.

"With the emotional power intact and the images more powerful than ever, this will be an epic experience for fans and newcomers alike."

'Titanic' marked the first time Leonardo and Kate worked together, and 10 years later they appeared in 'Revolutionary Road'.

The 35-year-old beauty has since said she thinks of him as her "rock".

She added: "He knows me better than anyone else in the world.

"Lots of male friendships begin as a cheeky snog. Or a little undercurrent of flirtation. But Leo and I? No. He's my rock.