Tim Lambesis has been arrested for plotting to kill his estranged wife on Tuesday (07.05.13). 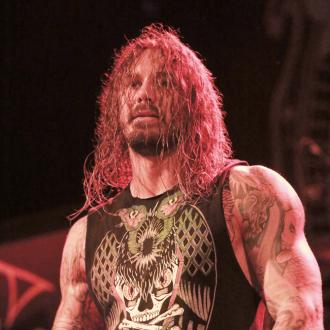 Tim Lambesis has been arrested for plotting to kill his estranged wife.

The co-founder of 'As I Lay Dying' was arrested on Tuesday (07.05.13) at an Oceanside retail business in San Diego, California, after allegations emerged that he had attempted to hire an undercover detective to murder his spouse.

The San Diego County sheriff's department said in a statement that detectives received information last week suggesting the metal head had solicited someone to kill his wife.

Enforcement agencies quickly launched a thorough investigation led to the arrest, but the officials are currently refusing to go into details of the examination.

The Grammy-nominated band - who have released six albums - are set to tour the US with a selection of other metal bands later this month, but are yet to comment on the situation.

The group - made up of Tim, Jordan Mancino, Phil Sgrosso, Nick Hipa and Josh Gilbert - discussed their Christianity faith in an entry on the band's official MySpace page, suggesting they write their songs in accordance to their beliefs.

The post, written by Tim, read: ''Many of our songs are about life, struggles, mistakes, relationships and other issues that don't fit entirely in the spiritual category. However, all of these topics are written about through my perspective as a Christian.''