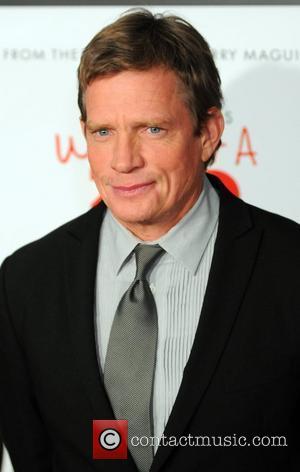 Sideways star Thomas Haden Church has stayed loyal to a film project produced by Paul Newman's goddaughter - because the late actor personally asked him to get involved.

Newman reached out to him before he passed away in 2008 and Haden Church is still committed to bringing Lucky Them, a film his hero was passionate about, to the screen.

He tells BlogTalkRadio.com, "It's with Toni Collette, and Johnny Depp is playing a small part as a rock star. I'm the sidekick guy that goes along with Toni to shoot a documentary about her finding this elusive guy, who may not be alive.

"I got involved with that movie several years ago when Paul Newman wrote me a letter, because his goddaughter, Emily Wachtel, is the producer and when Paul passed away (his wife) Joanne Woodward wrote me a letter asking if I would stay connected to the film.

"I got back to my ranch in the summer of 2006 and I was going through the caller Id on my phone and there was a 'P Newman' and an area code I didn't recognise, so I thought it was a phone solicitor. Then the place where my packages are collected called me and said, 'There's a Fedex with P Newman, Newmans Own on it.' It was the script and a lovely letter and I actually have both letters from he and Joanne framed together.

"He wrote, 'Hey, loved you in Sideways. Here's a movie that my goddaughter is producing, so could you give it a read. If you don't like it just throw it away! No hard feelings but call me anytime.' He passed away two years after that and I never had a chance to meet with him.

"They invited me a couple of times to come to Connecticut but there was something going on, so sadly I never got to meet him."