Hurts singer Theo Hutchcraft once mopped up a nose bleed with bank notes as he was in the back of a car and had nothing else to use. 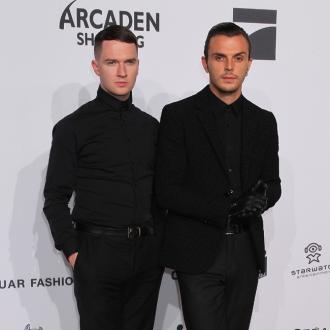 Theo Hutchcraft once mopped up a nose bleed with bank notes.

The Hurts singer - who has dated Dita Von Teese and Alexa Chung - was in a car full of beauties in America when his nose suddenly ''exploded'' and blood spurted out everywhere, so he grabbed a wad of money and cleared up the mess to ensure the vehicle passed through a police roadblock without a hitch.

He recalled: ''I remember being in Miami, in a car full of girls. I'd been up for days. Suddenly, my nose just exploded. Blood streaming down my face. Just at that moment we came to a police roadblock.

''The only thing I could think to do was mop up all the blood with banknotes. So I stuffed them up my nose, wiped the mess away as best I could.

However, the night still ended in disaster when Theo and his bevy of beauties were driven to a party at 'Transformers' director Michael Bay's mansion, even though the singer had never met him, but he was forced to leave early when his friend vomited in the filmmaker's swimming pool.

He added to NME magazine: ''We were waved through the roadblock and ended up at a party at Michael Bay's mansion. I never actually met him, though.

''We had to leave in a hurry because my mate had thrown up in his swimming pool. Greatest night out, ever.''