The Vamps announce new 'Wake Up' LP and tour

The Vamps will return with a brand new album and single called 'Wake Up and a gearing up for UK arena shows in the new year. 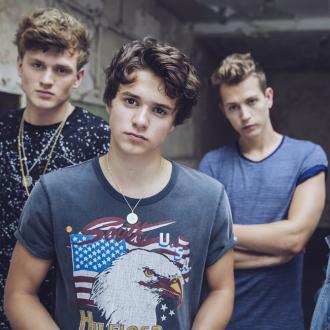 The Vamps are making a comeback.

The British band have today confirmed they are to release their brand new single 'Wake Up' this October and will follow it up with their second LP of the same name on November 27.

The 'Can We Dance' hitmakers sophomore record will include 18 songs and an exclusive free DVD from The Vamps recent sold out, headline shows at The O2 in London with Union J and American pop rockers The Tide.

As well as the highly anticipated new material the lads - Bradley Simpson, James McVey, Connor Ball and Tristan Evans - will head out on fan rally shows in autumn, followed by arena dates in Asia, UK and South America, with more dates to be announced soon in Europe and the USA.

The Vamps will return to UK arenas on 'The Wake Up UK Tour' which will see huge LED side screens and a sprawling stage allowing fans the chance to get up close and personal with the band, they will be supported by Conor Maynard and fellow boy banders The Tide and Hometown.

Tickets for the arena tour will be available from www.AXS.com on Saturday 7th November at 10am.