The Rolling Stones Pay Tribute To Bobby Keys After His Death

The saxophone player sadly passed away on December, 2 aged 70

Bobby Keys, the legendary saxophone player who performed with a number of big names including The Who, John Lennon and The Rolling Stones died on December 2 aged 70. Most notable for blasting out the big notes on many of The Rolling Stones hits, Keys finally lost his battle with cirrhosis of the liver. 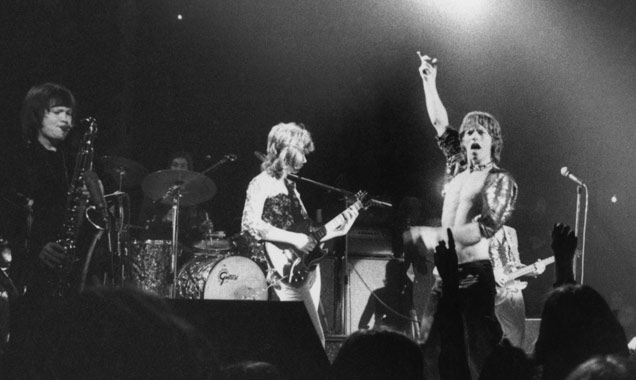 Mick Jagger and his bandmates released a statement which said they were "devastated by the loss of their very dear friend".

Keys had played with The Rolling Stones regularly from 1969 and featured on their classic track Brown Sugar and their album Exile On Main Street.

MORE: The Rolling Stones Are Back On Their World Tour

He had also toured with the band on a few of their recent dates including their headline set at Glastonbury in 2013; however, in October Keys was forced to pull out of dates in Australia and New Zealand due to poor health.

The moment that Keys met The Rolling Stones was recorded in guitarist Keith Richards’ 2010 autobiography, Life.

MORE: Why Can't The Rolling Stones Sell Out The Staples Center?

Having previously toured with Buddy Holly and The Crickets in the 1950s, Keys was left unimpressed when the Stones covered Buddy’s song Not Fade Away. He said: "Who are these pasty-faced, funny-talking, skinny-legged guys to come over here and cash in on Buddy’s song?"

Of course, this antagonism was short-lived with Richards commenting on Key’s death that he had "lost the largest pal in the world and I can’t express the sadness I feel."