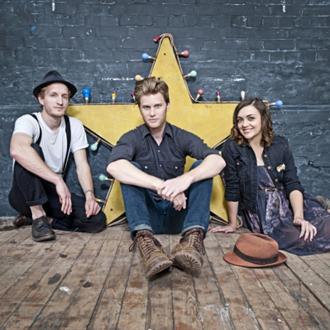 The Lumineers are influenced by Beethoven and Guns N' Roses.

The US alt-folk band have an eclectic set of influences, and their sound is a mix of everything from the classical composer to the notoriously bad mouthed 80s rock 'n' roll group.

Drummer Jeremiah Fraites exclusively told BANG Showbiz: ''The first thing I got into was Beethoven. I remember getting one of those CDs that was all piano stuff by Beethoven and that really influenced me a lot, I love classical music.

''Then the next band I got into was Guns N' Roses. I don't really know how that transition took place, but I think I really grew up listening to lots of different types of genres.

''I love cinematic music and anything strange and weird. Wesley [Schultz, guitar] and I write all the music and he grew up on stuff that his father liked such as Talking Heads and Bruce Springsteen. I think there's a blend we bring to the table, where we don't have the same exact influences, but write well together.''

While the 'Ho Hey' group - which also includes Neyla Pekarek - have defined their sound now, they admit it has been a long time coming, and they had a difficult first few years writing tracks together.

Jeremiah added: ''We've been writing together for seven years, and I think it's been a slow gradual climb. I think we had to make a lot of mistakes with this band before we made stuff that people got into. For about five years of making music it was just not focussed, and through all of the mistakes we made as a band we finally got somewhere pretty neat.''