Everything you need to know about the Korean pop hype.

First of all, we need to explain to those who don't recognize the name that K-Pop is a short word for Korean Pop. And "Hallyu," which means, "Korean Wave," is used to describe the impact on the South Korean culture's influence, and it's an industry worth billions of dollars. The K-Pop trend started after Psy released the song, "Gangnam Style," which was massively successful all over the world. Currently, the video has 3.8 billion views on YouTube. In this article, we will introduce you to the most famous bands and their hits. 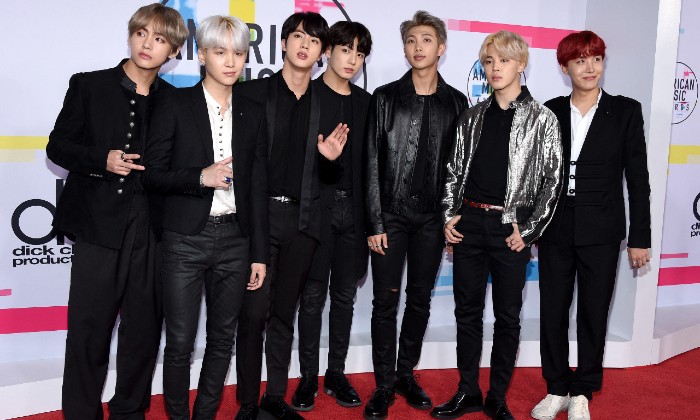 Korean pop became a phenomenon after the group BTS, who debuted in 2013, released the song, "Fake Love" in 2018 while they were already famous in Korea since they released an album called WINGS in 2016. After that album, BTS became popular in the west as well, and their fandom grew bigger and bigger. Their fans are called ARMYS, and they are considered the most powerful fandom in the music industry. They don't have a specific concept, and they have written three albums about self-love: "Love Yourself: Her," "Love Yourself: Tear," and "Love Yourself: Answer." BTS's DYNAMITE got 101.1M views in 24 hours, topped the Billboard Hot 100 and became the most liked K-Pop music video on YouTube, having twenty million likes despite it coming out two months ago.  The seven boys are worshiped worldwide and plan a comeback with a new album on November 20th. This news was so exciting to their fans, it was as if they were playing and having fun in a casino online.  Some of them make solo appearances with tremendous success, like Taehyung with the song "Sweet Night" on most countries on iTunes (113 countries). They have won more than 350 awards all over the globe and broke more than 20 records like the most viewed video in 24 hours, the first K-Pop group to perform on a major US award show, and so many others.

Blackpink is a girl group with four members that debuted on August 8th, 2016, under YG Entertainment. They are the highest-charting female Korean act on Billboard 100, and they have the most 40 hits in the UK among all Korean artists. Rumors say that they will have a comeback album in December. They are the most-followed girl group on Spotify, and they have an enormous fan base who call themselves blinks. Their international success came in 2018 when they released their first Korean-language EP with the title, “Square Up” with the lead single, "Ddu-Du Ddu-Du” which debuted at number 17 on the Official Trending Chart in the United Kingdom. That was the beginning of their success, followed by tours all over the world. They have collaborated with Lady Gaga, Dua Lipa, and Selena Gomez. Netflix released a documentary to show their home lives, their rehearsals, and interviews. They recently appeared in the vast talk shows Good Morning America and Jimmy Kimmel Live! They are described as the biggest girl group in the world, and they are recognized as spreading Korean music all around the globe. The band also makes huge deals with cosmetic and fashion brands like Dior, Chanel, and Saint Laurent. They were global ambassadors for Kia Motors, and they endorsed Samsung, worked with Adidas, Puma, Sprite, and many others. They are also known for their charities as well, and their last was a relief fund in response to the COVID-19 pandemic and its impact on the music industry. They have also won many awards and are the first female K-Pop act to win an MTV Music Video Award.

Even though the pressure of being a K-Pop artist is enormous, and some of the young artists have taken their own life, many other bands stick together and thrive in the industry. Super M is one of them—with many members having amalgamated from other bands. Other successful bands are EXO, TWICE, 2NE1, Itzy, Stray Kids, TXT, Ateez, ENHYPEN, Wonder Girls, Super Junior and so many others. The sure thing is that the K-Pop industry is here to stay, and their music has an impact all around the world, creating massive fandoms that follow them on every social media platform.