The Influence of Gambling Movies on Gambling Culture

The betting world has been more inspired by Hollywood than you may realise.

Hollywood, and in more recent times Bollywood, has been a huge influence on popular culture since the first movies were released. The more popular the film, the greater the impact it has, and that impact stretches over many spheres -- music, fashion, social mores, food, pastimes, and hobbies, to list a few. Movies can define those things that are considered fashionable and those that are not. 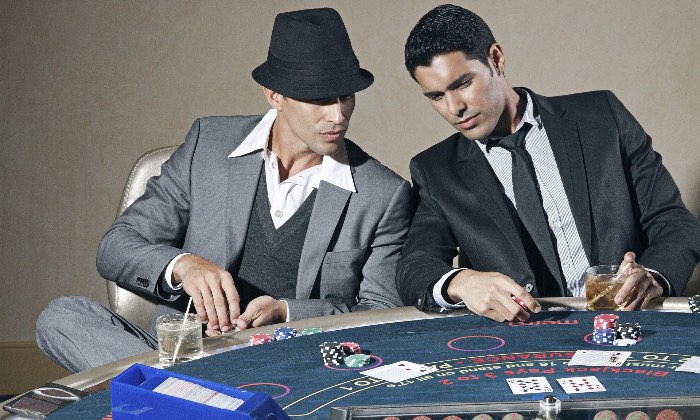 The gambling industry has gained much from the influence of Hollywood. ”The Cincinnati Kid,” released in 1965, started the trend, and this trend has continued over the years up to the film ”21” that cemented that influence. This trend has intrigued people and drawn them into online casinos such as Casumo, one of the best UK online casinos.

Gambling is one of the cultural spheres that has been positively affected by Hollywood, but the reverse also happens. The advent of online gaming and sportsbooks has prompted writers to include this pastime in the movies.

Gambling movies tend to be stereotypical, and irrespective of the genre, they are often male-driven films. They portray their heroes as charismatic people that others want to emulate, and the inference is that the easiest way to do this is to visit a casino, win big, and walk out with the lady.

Major stars such as Matt Damon, George Clooney, and Brad Pitt have been known to lead the cast and come across with roguish charm that makes their illegal activities seem harmless. These characters are always portrayed as skilled gamblers who know how to play the house and win big.

For impressionable viewers, this type of character is irresistible and often emulated.

In the 1949 movie "The Lady Gambles," Barbara Stanwyck grittily portrayed a woman addicted to gambling and the heartbreak that follows. This was a realistic portrayal of the effects of gambling addiction.

In more recent films, the female characters have moved into the realm of supporting the male leads, but with some key attributes.

Kate Bosworth plays a pivotal role in the teen gambling movie "21" as one of the students who plays blackjack. Not only does she have a vital role while the team is gambling, but she also is the voice of reason, trying to keep everyone grounded.

Sharon Stone's portrayal of Ginger in “Casino” earned her an Oscar nomination. Again this was a secondary role but a pivotal character to the entire story.

Bosworth and Stone, along with Julia Roberts as Tess in “Ocean’s 11” and Eva Green as Vesper Lynd in “Casino Royale,” have essential roles that highlight why the main male characters do what they do, but none truly reflect the reality of the pain that gambling addiction brings.

Alongside the alluring leading man, there is the image that winning in a casino is a simple task. A script about a prudent or cautious gambler would dismally flop as gambling is inherently risky, so a script where the hero goes all in and often wins is a must. A person with no experience in playing the tables is led to believe that winning is easy, especially in slots, blackjack, and roulette.

From the movie scenes, most viewers do not perceive that the games are weighted in favor of the house, and big wins are few and far between. Winning is not impossible -- the player will always have a chance to win if they play at a reputable casino, either in person or online.

An added problem when playing online is that there are no physical chips that the player can watch dwindle, bringing home the losses. Looking at a screen removes the player from the reality of loss and makes gambling feel more like playing a game. This dangerous concept can lead to huge losses.

Win by Beating the System

Many gambling movies have a theme where the leading character has found some loophole or has devised some system that results in them winning big at a casino. This contributes to the audience believing that they can design a similar system or find a similar loophole and also win big at a casino.

Movies tend to take this idea to extremes, such as when playing craps, which is based solely on luck. Players are often portrayed as having the ability to throw the dice to bring up the numbers they need. This is blatantly untrue, but gullible viewers will think they can be successful with practice; in reality, that will never happen.

This issue is made more ridiculous when players play online, which makes this kind of emulation utterly impossible, as you cannot count cards in blackjack with a digital dealer, and having a poker face doesn't help against a computer screen.

Betting on the outcome of sporting events is as old as time. As far back as 1974, with the release of “The Gambler,” starring James Caan, where betting on basketball leads to the downfall of the leading man, sports betting has been a popular theme for movies.

“Let It Ride,” released in 1989, is the fairy tale story of a perpetual loser who goes to the racetrack one day and wins everything in sight. Though a comedy, it plants a seed that perhaps this is possible? Possible, yes; probable, no!

With the advent of online gambling in 1996, betting on sporting events became even more popular. Armchair critics got a simple outlet to allow them to bet on their favorite teams or sports, and there was no need to find a physical bricks-and-mortar betting shop. Add to this welcome bonuses, favorable odds, free bets, and other offers, and gamblers were in wagering heaven.

Gambling is portrayed as harmless entertainment in many films. After all, no one gets injured while sitting at a table, and the glamor that Hollywood has woven around this pastime has contributed to the rise in the popularity of gambling. Most of the wired world has access to both streaming films and online gambling, so the influence of one is easily felt by the other.

Movies are an essential part of the lives of the majority of the world's population, and their influence on popular culture is well documented. Therefore, it is not surprising that the popularity of gambling, the games that are offered, and the belief that beating the house is possible are part of our culture. Since movies started being made, gambling has been featured, even if it is not the movie's main theme. This helps portray gambling as just something that everyone does.