The Importance of Music in Video Games

importance of music in video games

A storyteller might utilise music to direct the audience's emotions and establish the story's mood. Fans of movies typically view the soundtrack as the backdrop that establishes the setting in a movie. Video games follow the same rules. The video game business has been given access to several legendary soundtracks over the years. 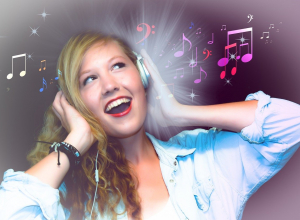 At Casumo, you may play your favourite video games while enjoying fantastic soundtracks. Because players have greater influence over what happens in video games than in movies, they may provide a more immersive experience.

It’s the duty of video game makers to provide a soundtrack that draws players into the game's world. All of the current top games demonstrate how soundtracks have evolved into a crucial component of the video game narrative. Let's examine some of the factors in more detail.

A game's atmosphere is greatly influenced by the music. Simply take a peek at a few incredible slots on casino websites. Many of them feature captivating soundtracks that do a great job of immersing you in the world the creators have built.

Game makers frequently employ tunes from many global music genres to convey a certain culture in their video games. A game situated in the Middle East would employ instruments and themes that would suggest this sort of music, but any game with an Irish setting may use folk music that heavily features the fiddle. It produces some extremely potent games that a lot of people will like.

Game designers typically employ music as an emotional trigger to elicit a specific response from us when playing the game. So many minute details may be employed to nudge us in the direction of a hint on what might be occurring in a game.

For instance, the soundtrack may abruptly change when you're playing a video game and exploring an ancient, deserted house. It may have been spooky before, but now it has an even darker undertone. This can signify that we’re about to meet a villain or some terrible situation.

Similarly, changing a slot game's soundtrack might make us pumped and eager to win big, achieve bonus combinations or access special features. Video game music contains a wealth of subtle clues that have been skillfully positioned by the game's creators.

Gaming may be a fantastic source of amusement, especially when you play in a casino with low risks. However, watching the winning combinations appear on the screen or competing with real-life opponents at a poker table increases your level of anxiety. Because it’s well recognised that music is a good way to unwind, and it’s included in casino games. People feel more relaxed and less anxious as a result.

You’ll most surely notice it if a video game lacks music. Thanks to the soundtrack, the game's universe comes together and becomes a single, coherent whole. Extraordinarily talented individuals make these soundtracks.

A player is drawn in and has complete attention when playing a game with engaging music. Having no music at all makes a game extremely uninteresting. On the other side, if there isn't enough variety in the music, then it might become monotonous and tiresome to listen to. There’s a delicate balance.

It’s common knowledge that some of the best video game composers have contributed to various franchises and have even dabbled in cinema and television. They’re amazing at what they do and will assist in perfecting a game.

In a game, having the correct music playing at the perfect moment may be really effective. The music is frequently the key component of a game that actually creates the setting and adds to the mood. People remember memorable songs, and they live on after the main game and gameplay are over.

The music in a game sets the tone and emotions and draws us into the game's universe. It can be the finishing touch needed to create a fully immersive experience. Since music impacts us in ways that visual clues can’t, you may experience the atmosphere as if you were truly there through the music.

Since coming out of the shadows, video games have become widely popular. Additionally, soundtracks have grown in importance and excellence. Additionally, as a general rule, activities, including music, are more enjoyable. Undoubtedly, one of the most crucial elements in gaming is music. If it’s absent from a game, then you’ll surely miss it.

When you’re playing a game, the appropriate music may drastically change the experience and captivate you like never before. When looking for the ideal video game, pay close attention to the soundtracks and note how each tune might affect how you feel about the whole experience. The music and video game industries will benefit greatly from the trend continuing in the years to come.