The importance of music in online casino's

Both online and regular casinos do their best to have the most attractive appearance possible. No expense is spared to dress up the casinos in an extravagant manner. 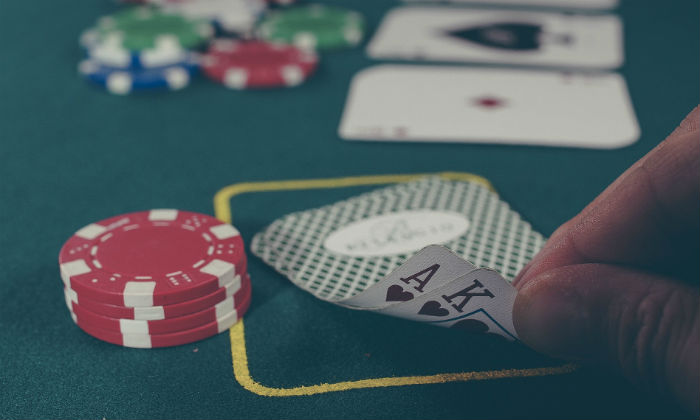 Both online and regular casinos do their best to have the most attractive appearance possible. No expense is spared to dress up the casinos in an extravagant manner.

Online, this is done with beautiful websites, often with a sleek design and lots of colour. This is also reflected in the games. Regular casinos can go even further in this respect.

The Holland Casino establishments are all nicely decorated, but in Las Vegas they go crazy with even a miniature Eiffel Tower, Pyramid and Venice as some of the many attractions. Playing roulette for money is usually done in a luxurious, well-dressed environment, as we can see in the movies. But it's not just the eyes that are pleasing, the ears are not forgotten either.

Perhaps sound in general and music in particular play a more important role in the overall casino experience than the visual aspect. The characteristic casino sounds of rolling balls, croupiers and slot machines immediately make you realise that you are in a casino. Even if you were wearing a blindfold. It is not for nothing that many online casinos use these sounds on their website and in the games to give you a real casino feeling. Online, of course, this is no more true than when you play online roulette for money in a live casino. The fact that you are playing with a real croupier at a real table already gives you a real casino feeling, but hearing the ball bounce and roll in the wheel possibly adds to it. But it is certainly not only the casino sounds that are so important for casinos. Also the music that is played there.

The importance of music

In the 19th and 20th centuries, various studies were conducted into the influence of music on humans. The studies showed that music influences people's emotions, behaviour and memories. It can be a specific piece of music that triggers a certain memory or music that makes people calmer or more active. Since music can influence people's behaviour, it is only logical that casinos look at it as well. Now, just because you hear a certain piece of music, it doesn't mean that you'll suddenly decide to bet all your money on red or something when you play roulette for money. It's not that specific. But it's not without reason that music can be heard in casinos. In the modern world this certainly applies to the success of an online casino. Especially now that visitor numbers are at an all time high in these digital fun halls.

Music can influence a person

The background music in a casino does have an influence on your gambling behaviour, according to several studies. As we have already mentioned, this does not mean that you are specifically influenced to make certain bets, but the background music can still contribute to the development of certain gambling behaviour. If you're interested, you can read an excerpt from one of the studies done in this area here. People are more likely to choose something they know than try something new. This is why new video slots based on existing themes often run better in the beginning than new video slots with an existing theme.

Also when you are playing roulette for money online the soundtrack of the rolling ball and all the other roulette sounds gives you the feeling of really being in a casino. Or at least more so than if you were playing without sound. Try playing with the sound off and you'll find the experience is less satisfying. Because music can express certain emotions, it is an important tool in films and television, but also in casinos and casino games. By using certain music, certain feelings can be evoked that will enhance the experience of many games.