Just stop playing with our hearts, Disney! Too many feelings.

After 'Jurassic World' hit earlier this year, it was obvious that dinosaurs were coming back into fashion. But if you still need reminding of how awesome those prehistoric creatures are, upcoming Disney animation 'The Good Dinosaur' will settle it for you. Easily. Prepare for all the feels. 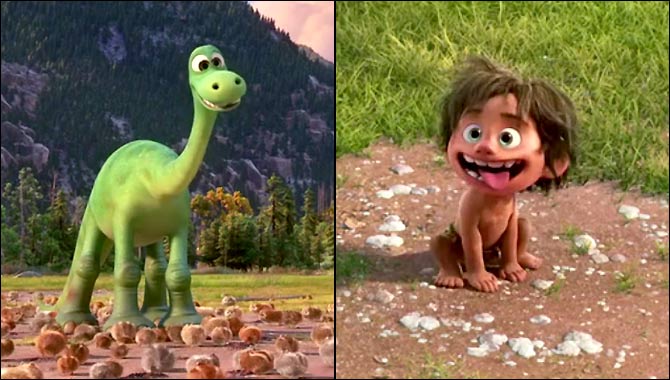 Arlo and Spot are unlikely best friends in 'The Good Dinosaur'

What is it about children's CGI films these days? The emotional turmoil you have to go through is astounding; we don't remember Disney doing that to us when we were kids. Except maybe with 'Bambi'. And 'Dumbo'. Nonetheless, when 'Inside Out' was released this year, it was remarkable to see a visual representation of feelings, and now the writer at the helm of that movie, Primetime Emmy nominated Meg LeFauve, returns with the screenplay for the 'The Good Dinosaur'; which is equal measures hilarious and tempestuous. 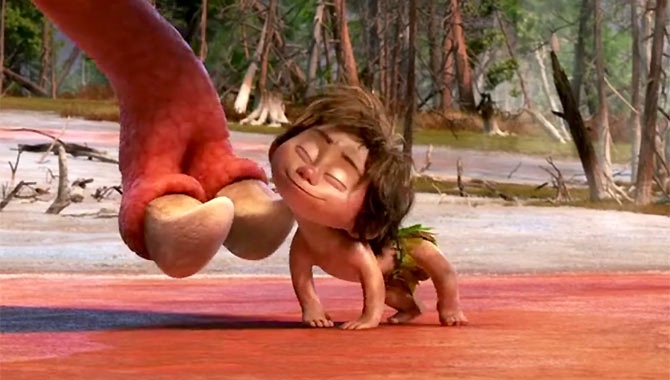 Spot is so adorable, even the other dinosaurs can't resist him

In a world where the asteroid failed to hit the Earth and wipe out the dinos, the movie centres on a young Apatosaurus named Arlo who loses his family after being separated by his father following a storm. All alone with no idea where he is, he soon meets a tiny feral human child whom he quickly befriends and names Spot.

Watch the trailer for 'The Good Dinosaur' here:


Spot's aggressive nature proves to be brutal enough to keep them both safe on their journey towards home, and his fearlessness encourages Arlo to be brave despite the fact that his family is nowhere to be found. Unlikely as it may seem, Arlo finds comfort in this independent child who proves that brotherhood isn't always to do with species. 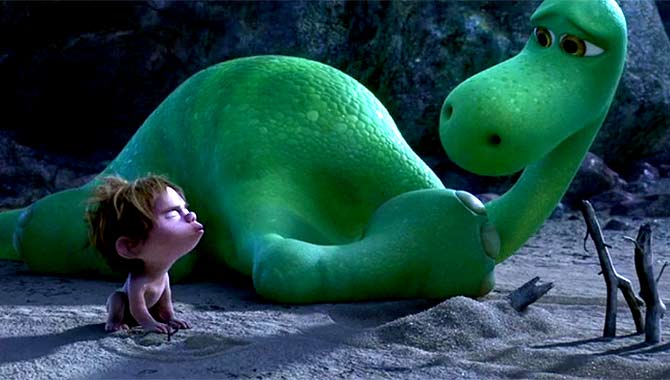 Friendship can be found in the most unlikely people 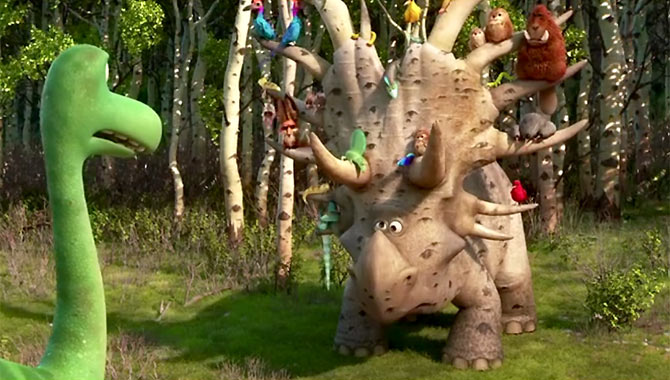 We kind of want to keep Spot too...

It's solid proof that there needs to be more movies about dinosaurs; be they harmless creatures with human friends or vicious man-eating theme park attractions.

More: See photos from the LA premiere of 'The Good Dinosaur'

'The Good Dinosaur' is set to be released in UK cinemas on November 27th 2015. 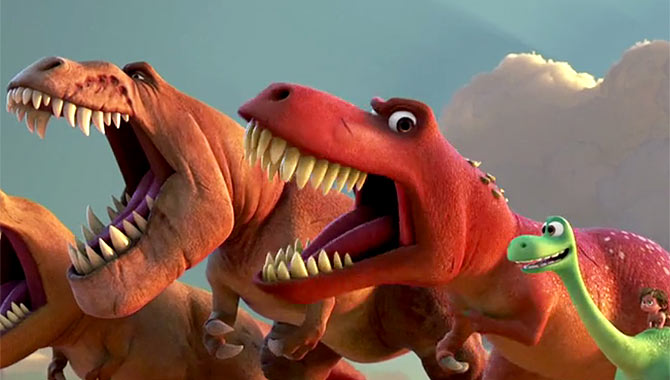