The Fureys speak to ContactMusic about their love of touring, a scary heart surgery and their special friendship with Billy Connolly [EXCLUSIVE]

The Irish folk brothers have plenty of stories to tell.

More than half a century has passed since The Fureys began making footprints on Irish music folklore - and the popularity of this pioneering duo is refusing to wane. While many of the mystical names of Irish folk music have played their final notes in recent years, sell-out crowds in the UK and Ireland are still flocking to travel down memory lane with George and Eddie Furey every week. 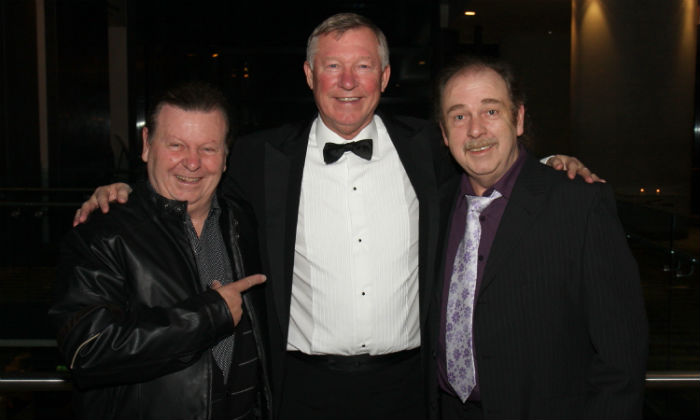 The Fureys with Alex Ferguson

With a back catalogue featuring Irish standards Green Fields of France to Red Rose Café, as well as the haunting Steal Away and the enchanting Clare To Here, the tales that the Ballyfermot brothers have to tell from a life in music are worthy of a novel in their own right.

From their sleepovers at Billy Connolly's flat in Scotland to collaborations with the Clancy Brothers, Ronnie Drew and Barney McKenna, The Fureys have seen it all in a career that has included appearances on Top of the Pops in England and a night when Ireland captain Robbie Keane became their unofficial roadie.

In an exclusive interview with ContactMusic, George and Eddie Furey gave us an insight into their enduring careers as they take a break from the concert tours that bring them as much joy now as they did when they were busking on the streets of Dublin the early 1960s.

"It has been quite a story for us and if you had told us when we started out that we would still be going strong in 2019, I'm not sure we would have believed you," begins storyteller-in-chief Eddie.

"The starting point certainly seems a long time ago now. I suppose one of my first memories of playing a great session would be in O'Donoghue's pub in Dublin around 1960. Myself, my brother Finbar and my Dad was there and Ronnie Drew joined us for a night I remember vividly to this day.

"We were some of the first few musicians to start regular sessions in O'Donoghue's and it quickly became the place to be in Dublin. Happy days, but we are very lucky because that has been the story for us throughout our lives."

From humble beginnings, The Fureys took their talents from Dublin to Britain and then the rest of the world, where they stumbled across famous characters who would become great friends.

"We started doing the folk clubs over in England back in the 1960s; we played in a club owned by Ewan MacColl, who was like a God in the folk business at the time," continues Eddie. "The Peelers folk club in London was another favourite of ours back in the day and we also made some trips up to Scotland.

"That's where I bumped into a colourful fella by the name of Billy Connolly, who was trying to forge a career in folk music himself at the time. I ended up staying at Billy's flat for a good few months, along with Ralph McTell, who was a great songwriter. It was quite a trio to be living under the same roof and we had great fun, let me tell you. I bet the neighbours never slept with all the singing and drinking.

"I saw Billy at one of his gigs at in Dublin a while back and we had a great night. I didn't tell him I was going to be at his show and surprised him when he came off stage. It was great to catch up with him as he is as mad then as he was back in the day." 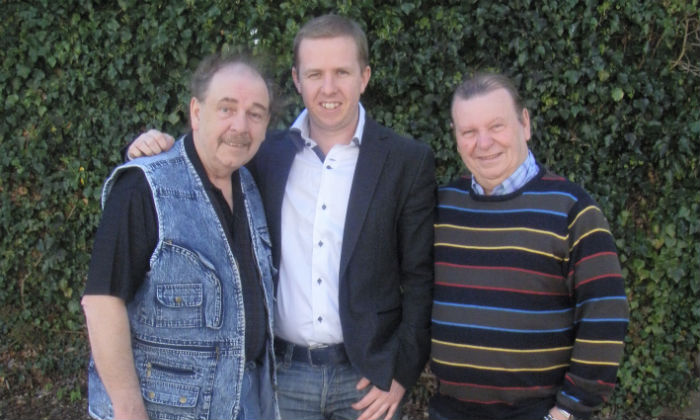 The Fureys' appearance on Top of the Pops in 1981 secured them a unique place among folk music's all-time greats, as traditional Irish music was rarely welcomed in a pop dominated show, with their iconic rendition of top ten hit When You Were Sweet Sixteen watched by millions this side of the Irish sea.

"The Top of the Pops appearance was a big thing at the time and I remember flying back from America to do the show," recalls George. "The first recording was cancelled due to some kind of BBC strike, but we made the most of it as a few of the other musicians on the show met up with us for a session instead.

"Midge Ure and his Ultravox boys, Cool and the Gang and a few others joined us for a few beers after the show. They were good days and we never get tired of singing Sweet Sixteen or any of our songs. They have been so good to us and the fans who still follow us in such great numbers love to hear them."

The Fureys desire to carry on touring despite the loss of their beloved brother Paul in 2002 and George's major health crisis in 2014, as he underwent quadruple bypass surgery and quickly felt a burning desire to get back on stage soon after his recovery.

"A quadruple bypass operation is a very serious operation and when you are told by medical staff that there is only a 35 per-cent chance of waking up at the end of it, you know you could be in big trouble," added George.

"Those odds didn't sound too good to me, but a wonderful nurse by the name of Sarah Early told me I had to have this done or else I would not survive for too long anyway, so there wasn't really any option.

"It was hard on my family and the people that care about me. My brother Eddie was so worried and he was up to see me every day, as was our manager Joe McCadden and the friends who have been alongside us all for so long.

"I appreciated all their support, I really did, but I said to the nurses that I don't want anyone coming into my hospital room if they are crying. I was frightened enough without having people I love and care about blubbering over me and everyone stuck to the rule.

"Then once I was out of hospital and back home, I wanted to get back on stage again. This is what we do. This is what we've always done and we'll keep going until the big man in the clouds tells us to stop."

For information on tour dates for The Fureys, look here - www.thefureys.com