Warner Bros. and New Line Cinema have announced details of their spin-off of 'The Conjuring', focusing on Annabelle, the demonic doll seen in the film. 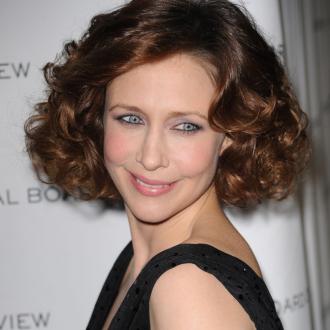 'The Conjuring' spin-off is to be called 'Annabelle'.

Warner Bros. and New Line Cinema have set an October release date for a spin-off film from last year's smash hit horror movie, which will focus on the demonic doll seen in the original.

According to The Hollywood Reporter, the film is directed by John Leonetti and produced by 'The Conjuring' director James Wan and Peter Safran.

The film - written by Gary Dauberman - was shot earlier this year.

'The Conjuring', which scared up a massive $318 million at the box office last year, was inspired by real-life paranormal investigators Ed and Lorraine Warren.

In the film, Annabelle is among the spooky items the couple keep locked in their basement.

New Line Cinema is hard at work on a direct sequel to 'The Conjuring', which will see Patrick Wilson and Vera Farmiga reprise their roles as the supernatural investigators.

It's not yet known whether Wan will return as director.